When I looked at my calendar for the month of March, I was pretty amazed by the diversity of people I had provided media training for. There were two groups of doctors, chefs, a corporate CEO, people selling and promoting energy services and even a would-be-astronaut!

When I thought about it though, the training was much the same. While the stories told by the people I worked with were very different, the way I had them approach the interviews we did and tell their stories was similar. I've learned when it comes to media training, less can be more and keeping things simple is the best policy.

There’s nothing more important to a successful media interview than the preparation you do for it.

Learn everything you can about the issue, think of the questions you’ll be asked by reporters and then figure out what you’ll say if you get those questions. Those answers become your key messages, or in other words, what you want to talk about during the interview. You don't want to say more because it could lead to you getting off message.

Once you’re done that, get somebody you’re comfortable with play the role of a reporter and interview you. Use your phone or tablet to record the interview, and then play it back to see how you did. When you’re finished, do it a second time. You will be amazed at how much better you are the second time you do the interview.

When you do the interview with the reporter, the answers will almost become second nature to you.

Effective Use of Sound Bites

Don’t forget that well over 95% of the interview won’t be used. Here’s how I worked out the math in a recent blog.

The reporter is only looking for one, two or maybe three sound bites they can use from the interview. So be prepared to say a couple of things that are short, colourful and capture your message well.

When Justin Trudeau said “Because it’s 2015”, it was a great use of a sound bite to communicate his message about gender balance in his cabinet. What’s your version of Because it’s 2015? What few words or phrases convey what you want to say in a colourful way?

A word of caution though – don’t force it. Sometimes sound bites can seem forced and shallow and you’ll look like you’re trying too hard. When Hillary Clinton used her “Trumped-up, trickle-down economics” sound bite, it came off as rehearsed and phony.

How to Use Bridges During Media Interviews

Skilled spokespeople use what are known as bridges to get from a reporter’s difficult question to their key message. A bridge acknowledges the question but allows you to talk about what you want to talk about.

You always need to answer the reporter’s question, or at least give the appearance that you’re trying to answer it. Bridges allow you to go from the reporter’s difficult question to your much more positive key message.

A couple of great bridges are “What we’re focusing on is” and “Some people may look at it that way, but here’s what we do know”. These are both great ways to lead into your key message.

You always want to talk about what you do know, not what you don’t know and bridges are a great way to do that.

During one-on-one interviews, or when you’re in a media scrum, it’s very important to look at the reporter as you give your answer.

Even if it’s a television interview and the clip used doesn’t show the reporter, the viewer is left with the impression you’re speaking directly to the reporter and any time you can look somebody in the eye and say something, it adds to your credibility.

I find when I do the on-camera interview portion of my media training sessions, when anyone is uncertain of what their answer will be they look away. Each time that happens, they lose a little credibility because when their eyes move elsewhere they look unsure of what they’re about to say.

Answering Questions With a Statement

This tip is a little more difficult to explain, but once you understand and master it, you’ll move to the head of the Media Spokesperson Class.

Rather than providing direct responses to the reporter, try to answer the reporter’s questions with a statement. If a reporter asks you why a 5% tax increase is necessary don’t start with the words “Well because” and then give the rest of your response. Begin by saying “Taxpayers have told us keeping service levels high is important”. This makes you sound stronger and controls the conversation.

Make an effort to remove any words or sounds like “ah” and “um” when you begin to speak. The more you can do this, the stronger your response will be. This allows you to give the answer you want to give to control the interview.

I offer it in three different ways.  For groups like Boards of Directors, my corporate media training sessions are for you. If you are looking for training for yourself or somebody you know there are two options - Live Online Media Training is one-on-one media coaching, while my media training video series Bulletproof Your Brand covers everything you need to know in five videos that run around 90-minutes.

The choice is yours. 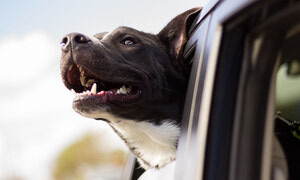