Need to Speak Better? – Do What the Pros Do

The annual convention of the Canadian Association of Professional Speakers (CAPS) wrapped up last night at the Renaissance Airport Edmonton Hotel. It was a fabulous event and I gained a tremendous amount of knowledge to help me in my career as a trainer and speaker.

The speakers from the main stage and during breakout sessions may have been the best I’ve seen at a CAPS convention and this was the fourth I attended. I also serve on the CAPS national Board of Directors and as a result, have received other opportunities to see some of the best speakers around.

It got me to thinking about the things that separate professional speakers from non-professionals who speak. I’m talking about the people who make the odd presentation to a group of managers, or perhaps are asked to speak once a year to an industry group. What are the differences between people who speak for a living, and are really good at it, and others who speak in public very infrequently?

There are a few and I think if you can recognize them you'll become a better public speaker.

As I watched speakers at the CAPS convention it became clear that the biggest single difference between them and what I’ll call non-professional speakers is control. The pros seem to be totally in control – they’re not rushed, they know what they’re going to say before they say it and they have ways to connect with the audience. Of course they’re extremely polished as well.

Compare that to a person who’s not used to speaking very much and chances are they'll write their speech and read it. As a result the words come from the paper and not the heart.

Perhaps it’s not a fair comparison because a person speaking on the main stage at a convention with a couple of hundred people in the audience needs to be more “theatrical” than somebody who’s doing a report for a Board or management group in a boardroom.This can certainly affect the type of presentation that’s done. When I do a media training session for 15 people, I can’t do the same types of movements and project my voice in the same manner as when I speak to a larger audience, so I understand there’s a big difference.

Setting that aside, it became clear to me that the control the professional speaker has over the presentation and the audience is something that anyone wanting to get better at public speaking needs to achieve.

Learn to be a Good Storyteller

Another major difference is storytelling. Great speakers tell stories. Non-professional speakers read statistics and state facts. Who would you rather listen to?

Great speakers have stories, lots of them. They know that makes them different from the next speaker, especially their personal stories. We all react very differently to somebody who’s telling a story than a person who is reading a ton of information for us. We want to hear the story, especially the end to the story far more than we want to hear somebody throw a bunch of numbers or facts at us.

I always advise people who want to speak better to tell a couple of stories in their presentation. It’s a great way to start. Quite frankly it’s easier to tell a story you’re familiar with than reading a speech. There are many ways to tell the story better of course, but telling a story off the top of a presentation does several things. It puts you in charge of the presentation instead of the paper your speech is on, it generally relaxes you because you know what you’re going to say and it allows the audience to connect with you much easier. The best stories are those that fit well with the presentation and help illustrate a point. You may have a great story, but if it doesn’t lead to a point you’re making it’s not a lot of help.

A third thing I noticed about the people speaking at the CAPS Convention was that many of them either didn’t use a slide deck and simply spoke to the audience, or if they did use one, it was well done and supported their presentation. That’s what a good slide deck does – it supports what you’re saying, it doesn’t detract from it.

One of the really common errors that non-pros make when they speak, is they use a slide deck that’s similar to what they’ve seem others use. They fail to understand that it didn’t really work well for others they’ve seen, but since that type of slide deck gets used so often they figure it must be what they need too. It’s not. You’ve likely seen what I’m talking about – slides filled with tons of words and really difficult charts to read. I wrote about the type of presentation people should use in a blog earlier this year. Before you start to build a slide presentation of any kind ask yourself how each slide can enhance your presentation.

You Can Do It

I don’t expect anyone who only speaks a time or two a year in public to get as good as people who make a very good living at it, regardless of what changes they make. That’s not the point though. The great speakers at the CAPS Convention wouldn’t be able to do many of the things you do every day. You don’t need to get as good as the pros, but just raise your ability as a speaker.

Start by thinking what message or messages you want your audience to take away from the event. Then decide what points you want to make and what stories you can mix in to illustrate your points. Once you’ve written some of those notes on paper, expand your thoughts in bullet points. Whatever you do, don’t write your speech – learn it. Once you have everything laid out on a single sheet of paper start building your slide deck, keeping in mind every slide should help what you’re saying. You then use each slide to remind you of what you want to say and practice until you get it right. Keep the presentation short enough so you can handle it without needing to read it, but with enough meat to keep your audience happy.

Practice. It may not make you perfect, but it will make you better.

Remember, you don’t have to be a pro to be a successful speaker, but if you can become better at making presentations to staff, your management team, other stakeholders and industry events, you’ll be a better and more valuable employee. That’s certainly worth something isn’t it?

Related blogs:
The 4 Things to Make You a Better Speaker 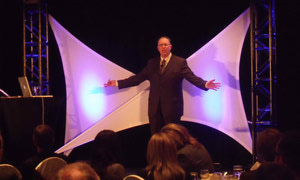 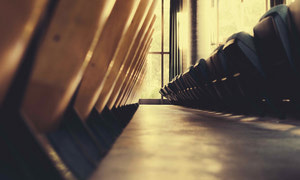 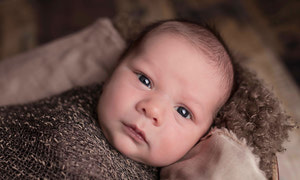 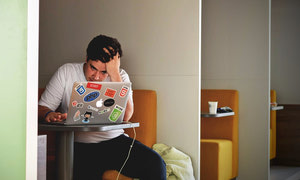