I did a communications workshop for a business group in Calgary yesterday. It's always fascinating to see the different kinds of challenging issues that force business leaders into crucial conversations with employees, clients and others.

In short, these five steps are - plan, practice, listen, counter and close. Done properly, they can make any crucial conversation much easier.

What is the One Thing You Want?

Before you start your next difficult discussion, take a moment to figure out one thing you want to get out of it.

It’s similar to a goal, but I find if you can focus on one thing you want to get out of the conversation, it makes it a lot easier to put up with the awkwardness and possible future downside from having that conversation, if it goes sideways.

Perhaps you want to change somebody’s behaviour? Maybe you want to alter their performance? Or perhaps you just want to clear the air with somebody? Regardless of what the conversation is about, ask yourself what’s the one thing you want out of it.

Knowing what you want out of a conversation before it starts can help determine whether that conversation was a success.

There’s an old line that goes “The first cut is the deepest” and it’s much the same when you start difficult conversations. Figuring out how to start the conversation scares a lot of people because they know what they want to say, but they just aren’t sure how to say it. Take extra time to figure it out.

Perhaps you want to break the ice with some small talk. That’s fine, but make sure it’s something that comes naturally and isn’t forced.

Regardless of how long the small talk goes, you eventually have to bring the discussion around to what you want to talk about. My best advice is for you to state your case professionally and in a non-threatening, but firm manner. Starting too aggressively will just put the other person on the defensive, making a positive conversation extremely difficult.

Here’s something else to try – since the first couple of sentences you’ll say are so important, practice the lines out loud several times in private. You’ll be amazed how much easier it will be when you have the actual conversation. Anytime you know what you’re going to say before you say it, you’ll say it better, so practice the words in advance until you get really comfortable saying them.

Remember, how connected you are to a situation, or the other person and the gravity of the issue will affect how hard it will be to have that conversation. Doing anything you can in advance to make it easier will pay off.

It Pays to Listen

I often say that good listeners are good communicators. After you’ve said what you want to say, it becomes critically important for you to listen to what the other person has to say. Perhaps they’ll agree with you, or say they’re happy you brought the matter up and wanted to talk about it. You won’t know that unless you listen.

Open-ended questions also allow the other person to speak, giving you the opportunity to listen. It needs to be a conversation, not a monologue.

Use a Bridge to Stay on Track

Chances are the conversation won’t be an easy one and the other person may not co-operate with your plan.

The other person may want to bring in red herrings to support them and their case. As an example, if you want to get them to start showing up on time more often, don’t allow them to bring others into the conversation if they reply with lines like “Well James is late more often that I am.”

When I do media training workshops, I talk about ways to use “bridges” to bring the conversation back on track. Bridges work great in difficult discussions too. Phrases like “This conversation isn’t about James, it’s about you”, or “What we’re focused on is your performance and not somebody else’s”. These are bridges that bring the discussion back to where you want it to be and not allow it to drift into the twilight zone.

Wrap Up the Conversation With a Bow

You’ve reached the end of the conversation, now don’t mess it up. You need to summarize what was agreed to and what the next steps will be. Don’t skip this part or race through it.

What you see in your mind as being a simple outcome to explain may not be the way the other person looks at it. Since you’ve gone through the effort of getting prepared for the difficult discussion and having it, make sure you get something out of it by clearing summarizing what was discussed and what will happen as a result.

Hopefully the answer is yes. If it’s no, you either have to start again or figure out another way to solve the problem. 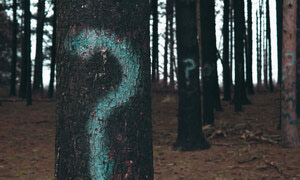 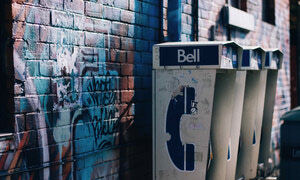