Like so many others, I woke up this past Sunday morning to the news about a police officer being run over and stabbed in an apparent terrorist attack in my hometown of Edmonton, and the following day to the news about the terrible mass shooting in Las Vegas.

On Sunday morning I also thought about the reporters who worked all night covering the Edmonton story, which included a 3:00am news conference by the Edmonton Police Service.

In times of tragedy, we're reminded how important the local news media is, and also how silly it is for anyone to say they don't care about journalists losing their jobs, because they now get their news from the internet.

Fitting the Pieces of the Story Together

Before going to bed on Saturday night, I heard about a huge number of police officers gathered near Commonwealth Stadium. I knew whatever had happened wasn’t good, but didn’t know until I woke up the next morning that an officer had been run over and then stabbed in an apparent terrorist attack. I also didn’t know police made an arrest downtown after knocking over the truck the suspect had been driving. It was very fortune several people weren't killed when the truck hit them as they walked down sidewalks.

My response was much the same as anyone else – I wanted to find out more and especially wanted to see how all the pieces fit together. Twitter is great for giving you snippets of breaking news, but with a story like this, I needed more context.

I went to the Edmonton Journal’s website, which had uploaded a story from the police news conference. I finally understood how the pieces fit together. Trying to figure out what had happened likely only lasted a couple of minutes, but that confusion seemed to last much longer and I felt a slight sense of frustration as I tried to sort through the chain of events.

I’m sure many people went to their favourite source of news. It could have been CBC, or another media outlet, but we all have learned to depend on the media when we need to know what’s happened in our community. I understand several reporters did an excellent job last weekend, as they answered the call of duty.

Imagine how we would feel if we knew something terrible in our community had happened the night before, but there was no local media to provide details and context?

As someone who spent 15 years in the news media and covered my share of major news stories, including the 1987 Black Friday tornado, I understand what it felt like for reporters covering the incidents in Edmonton last weekend.

There’s an adenine rush when you’re covering such a story because you know the importance of it and also understand the important role you play as you try to inform the public of what happened. It’s a bit of a strange combination. On one hand you want to get the information as quickly as possible, but on the other you know it’s more important to be accurate and not jump to conclusions. You also know you’re far smaller than the story itself.

From time to time you also remember it’s something like 2:00am and you’re tired, but know you won’t get to bed for awhile.

An Anniversary to Remember

I can appreciate how Mark felt. As somebody who also used to run a newsroom, your first responsibility is to the people who read your newspapers, or in my case, listened to the radio station I worked for. However, you also sympathize for the people who call you their boss.

Calling reporters late on a Saturday night and getting them to work was never pleasant. You know they have lives too, but also know the importance of getting coverage of what appears to be a major story. Although reporters don’t like to drop everything and report to work, they know it’s part of the job and usually look back on such moments with fondness. I still remember how I felt when I drove through parts of Edmonton’s northeast end and saw the devastation after the tornado tore through, even though it happened 30 years ago.

I also remember the pride I felt as the station’s News and Public Affairs Director when our people did a great job covering a breaking news story. I felt like a father after their child won a sports championship.

A Reminder of Why Local Media Still Rocks

The reality is, that although people may be reading about the news regarding a police officer getting attacked in Edmonton, the mass shooting in Las Vegas, or the death of Tom Petty on a website or through social media, chances are it’s because of the work of reporters.

These are real people, who have lives and families and work like anyone else does every day. Their job is to cover the news and write and broadcast stories the old fashioned way. However instead of just writing a story for their newspaper, or doing a report for their TV or radio station, they’re also doing a different version for their news outlet’s website, or social media accounts.

The way they cover the story is much the same. The difference now is a version of that story is placed on the internet. Fewer journalists will simply mean fewer stories will get provided to media outlets and the internet. The quality won’t likely be as good either. In times of local tragedies, we’re reminded how important journalists are. Without local journalists, there may be no coverage.

Thanks to Global Edmonton for the photo used at the top of this blog.

Further to your point on local media and coverage; CFRN bypassed the Mayor's address to continue with the NFL pre-game show. 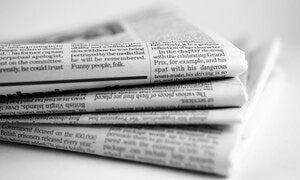