When I was in the media and deciding on the story lineup for a radio newscast, I judged how important a story was by the number of people who would be affected by it. I constantly asked myself how impactful stories would be on the lives of my listeners.

That's why I'm somewhat confused about the media coverage given to the referendum items Albertans are voting on in conjunction with today's municipal elections.

There's one issue that's far more important than the others, but yet it has hardly received any coverage in the media. It's the question on daylight saving time.

Don't Sleep on the DST Question

Don’t get me wrong. The decisions voters are making today to decide who becomes their mayor, reeve, councillor or school board trustee are all very important. These people will make decisions with billions of tax dollars over the next four years. Their decisions will affect the taxes we pay, how civic services are delivered and how our children are educated. Big stuff.

However, the reality is, everyone who gets elected today will only have one vote. I know candidates have been saying throughout the election campaign “If I’m elected I will”, but the reality is they won’t. They won’t have the power to make changes like a company owner, or a CEO.

Municipal councils and school boards will be formed from the people being elected today, but each person only have one vote in groups of seven to 12 members.

They can influence change, but they can’t do it by themselves. In fact, they need a majority to implement what they want done.

We’re also getting to vote on some non-binding referendum issues from the provincial government. There’s one on the equalization formula, which most voters don’t understand. It won’t matter though because whatever the result is, it won’t lead to any changes federally.

If you’re wondering about the importance of the senate election, please see above – it won’t lead to any changes. Some of the candidates are really good, but the results likely won’t matter because the Prime Minister chooses senators and that’s not going to change.

That leaves us with the referendum question on daylight saving time. Now we’re talking. This is the single most important issue you’ll find on the ballot today.

First some history. The Edmonton MLA from my area, Thomas Dang put in a lot of work to bring in the Alberta Standard Time Act, which would have resulted in scrapping daylight saving time a few years ago. In other words, clocks would not have moved ahead one hour in the spring, nor gone back one hour in the fall.

MLA’s voted 46-6 to scrap daylight saving time. 46-6. That sounds like the score in a recent Edmonton Elks football game.

The main reason the vote was so lopsided was because this would have put Alberta out of step with the rest of North America, except Saskatchewan.

That was almost exactly four years ago, but here we are, voting on a somewhat similar question. The difference is, the Kenney government is giving us something even worse to consider – year-round daylight saving time.

In theory, this would mean in the fall of 2022 we would not turn our clocks back an hour. They would stay where they are.

That’s good in a way I guess because nobody likes fiddling with their clocks twice a year. After all, we only do it every six months, so we need to pull out the manual to remember how to change the time in our cars, or on our microwaves.

That’s about the only good thing that will come out of voting “yes”.

If this change is made, in Edmonton, the sun won’t rise until around 9:30 in the morning in late December. If you get up at 5am, you won’t see daylight for another four and a half hours. Who in the hell wants that?

That means if you drop your kids off at school at 8:15am, you’ll be doing it in the dark. When you drive to work at 9am, it will still be dark outside. When you shovel your driveway after the kids have left for school, you’ll do it in the dark. When you hit the stores as soon as they open it will also be dark outside. You’ll also need to have lights on in the house until around 10am each day to see where you’re going.

The only good thing is that when people drive home from work, it will still be light outside for most of them. But who needs “an extra hour of daylight” at that time of the year?

By the way, you really don’t get an extra hour of daylight – you just get less at the start of the day and more at the end. Somebody needs to eliminate that phrase because it’s false advertising.

When you vote today, vote for whoever you think will make the best mayors, reeves, councillors, school board trustees and senators. I don’t care who you vote for, but when you get to the biggest question on the ballot, please make sure you vote NO for moving to permanent daylight saving time.

It would make Alberta different than anywhere else in North America. Most NHL games would start an hour later in Alberta. Airline flight schedules would have to change and there would be many other changes too.

I really can’t believe the provincial government is putting this option on the ballot. I can’t remember anyone explaining why Albertans are being offered this option. Maybe that tells you something. Our winters are long enough. Who wants a bonus hour of darkness in the morning?

I don’t want to see today’s result give the Kenney government the chance to follow through on legislation to eliminate daylight saving time. Let’s not risk the government making the right decision with the result of this vote.

Remember the Open For Summer plan?

Absolutely agree about the DST. That is the wrong question. Why would I want to stay on the adjusted time? Thanks for the article, Grant.

I still don't understand their language - or lack of simple reasoning. How are you 'getting rid of daylight savings time' by making the standard time 'year-round daylight saving time'. Why wouldn't spring ahead now, and then stay there? 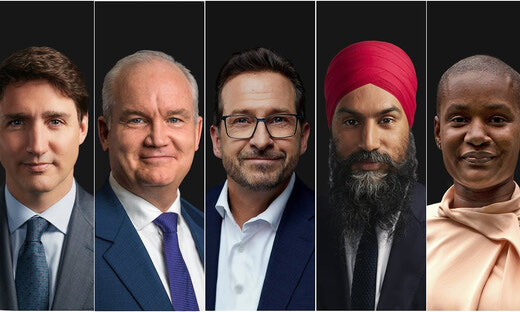 It's been frustrating watching politicians avoid answering questions from reporters during this election campaign.