The Second Edition of the 20-volume Oxford Dictionary says there are 171,476 words in use in the English language and adds there are 47,156 words considered obsolete. A vocabulary of just 3,000 words will cover 95% of the words anyone needs to use.

I have a simple question then - why do we need to invent new words?

This blog is somewhat of a rant against inventing new words and taking perfectly good longer words and coming up with shorter, catchy versions. Stop doing it.

What is a Lifehack?

Have you ever wondered where new words come from? We go through life and use all the words we need in certain situations and seemingly all of a sudden, we keep seeing and hearing new words being used in place of old ones.

Exhibit #1 is the use of the word “hacks”. I’ve wondered for the last year where the term came from? I’ve been seeing it everywhere, including from many of my counterparts. It seemed to have replaced “tips” or “strategies”, which, by the way, are perfectly fine words and don’t need to be replaced.

In the past, when the term hack was used, it wasn’t good. Less skilled hockey players or golfers have been called hacks. When somebody gets “hacked” it’s not a good thing. Mind you, if “being hacked” is just an excuse to cover up some embarrassing social media behavior, then I guess it is a positive.

I’ve also seen the term “lifehacks” appear and although I wasn’t totally sure, it seems lifehacks are tips or strategies to make your life better in some way. I was just guessing though because I must have missed the memo explaining what lifehacks really means.

How do these words get suddenly appear and used? Does a group of people, like a committee, sit in a room somewhere and approve these words for general use?

I went to the authority on everything – Wikipedia, and got the answer.  Here’s what Wiki says about hacks:

Life hack (or life hacking) refers to any trick, shortcut, skill, or novelty method that increases productivity and efficiency, in all walks of life. The term was primarily used by computer experts who suffer from information overload, or those with a playful curiosity in the ways they can accelerate their workflow in ways other than programming.

Wiki was good enough to even tell me how this word came into existence:

The term life hack was coined in 2004 during the O’Rieilly Emerging Technology Conference in San Diego, California by technology journalist Danny O’Brien to describe the "embarrassing" scripts and shortcuts productive IT professionals use to get their work done. After his presentation, use of the term life hack spread in the tech and blogging community.

The American Dialect Society voted lifehack (one word) as the runner-up for "most useful word of 2005" behind podcast. The word was also added to the Oxford Dictionaries Online in June 2011.

Excuse me? Lifehack got voted the second most useful word over a decade ago? I must have missed that story. Lifehacks in now in the Oxford Dictionary? Can I demand a recount?

While I’m at it, I would like to demand people stop making up words that are abbreviations for longer words that, once again, are perfectly fine and have been used for years.

Apparently, you no longer make reservations at restaurants or other places. You now make “resos”.

They are no longer called journalists because they’re now “journos”.

You don’t have a conversation, you have a “convo”.

You don’t go on a holiday anymore, you go on a “vacay”.

It’s no longer the May Long Weekend, it’s now “May Long”. If we wanted to be really accurate, it’s actually the Victoria Day Long weekend.

I know cute, shortened words and phrases are being used because the actual word is too long. Reservations, as an example, has four syllables. Have we got to the point now where we can’t use four syllable words? Does it take too long? Is this like using acronyms when you text like LOL? Is it too difficult for young people?

There. I’ve said it. It’s an age thing. These words are invented by younger people. I don’t want this to turn into an old guy rant, but I do wish people would stop inventing words to replace other perfectly good words I’ve used all my life.

It’s like going to a bakery to buy a loaf of bread and you ask for one and the clerk tells you it’s now called something else. When the hell did this happen? Who renamed it?

Perhaps Twitter, when you could only use 140 characters, had something to do with shorter words being used. Now that we have 280 characters on Twitter, can we go back to the full words please?

I’ve made a pledge never to use one of these words. Quite frankly I feel stupid just typing them.

Now get off my lawn!

I completely agree with you. I also can't help but notice that the people most prone to trying to coin new "words" (I'm using the term very generously here) are usually the ones that can't be arsed paying any attention at all to proper spelling and / or grammar. 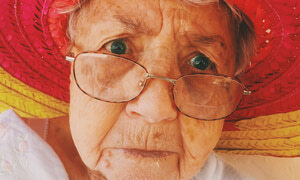 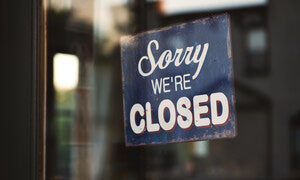