You know you're doing something right when an Alberta cabinet minister has an awkward media moment and a half a dozen people reach out to you on social media wondering what your take is.

It happened last week after a media scrum in the Alberta Legislature went sideways. Twitter posts and Facebook messages brought it to my attention and it turned out to be a beauty.

The scrum again proved the importance of getting media training sooner rather than later.

A Minister Meets the Media

A week ago, Alberta Health Minister Tyler Shandro held an awkward media scrum in the Legislature after a meeting related to conversion therapy.  This occurred after Shandro and his department botched media communications on the question of whether a working group on banning conversion therapy would be scrapped.

He met with two people connected to the group about its future. They left without a clear answer and the media didn’t fare much better. Here's the clip from CBC News.

Let’s analyze this. The reaction from the media and the public on social media was that Shandro looked like a fool because he kept going back to the same message, and kept using the line “in due course.”

I won’t disagree with that.

During media training workshops I tell people to stay on message and not drive off the road and into the ditch by getting forced to say something you don’t want to. However, there’s a limit to that. If you’re pressed, you need to be able to stay on message, but find different words to convey the same message. You also may need to add some additional information, without getting off message. In other words you stick to your message, but don't sound like you're simply parroting your talking points.

It would have been easy for Shandro to explain what “in due course” meant by saying “I expect to have an answer for them in a few weeks, but I can’t give you a better idea than that”.  That would mean anything from about three to six weeks, which gives him a lot of wiggle room.

Maybe he just wanted to be stubborn, stick to his message and it didn’t care what it looked like. He should, because it didn’t look good.

Deja Vu All Over Again

When Shandro’s awkward media scrum became public it made me think of what happened to former Energy Minister Margaret McCuaig-Boyd almost exactly four years ago.

her Chief of Staff and was fried by the media.

Although there are similarities to what happened to Shandro, there were differences.

McCuaig-Boyd’s gaffe was a classic case of not being ready with an answer for each question. She likely figured her key message about being the minister and the one in charge would satisfy reporters. However, she didn’t have an answer for two other obvious questions, What about the optics of hiring a former anti-pipeline lobbyist? and Did you have a role in his hiring?

You need to have an answer for each question you’re going to get, especially the obvious ones.

It Shouldn't Have Happened

What happened to Shandro last week and McCuaig-Boyd four years ago are classic examples of what not to do in a media scrum.  On top of that though, both came within a few weeks of being named to cabinet and standing in the line of fire from the media in the Legislature for perhaps the first time.

I know key politicians take media training, but I wonder if Premier Kenney’s ministers have all received media training since being sworn in?  l also wonder if the senior communications people working for cabinet ministers have got the kinks worked out and their ministers are fully prepared before facing reporters. It didn’t seem that Shandro nor McCuaig-Boyd were.

Cabinet ministers need to be ready for questions about their department at any time. It’s part of the job. They should learn how.

Last spring I did media training for Alberta Agriculture and Forestry and worked with Public Information Officers in Forestry to get them prepared to speak to the media in the event there were large forest fires. 2018 was a relatively quiet year in Alberta, but we know what this year has been like. I've been gratified to see a few of the people I worked with being interviewed by reporters and they've done a great job explaining the work firefighters are doing. There's nothing about this job that makes me feel better than when this happens. Keep up the great work folks!

You know you're doing something notably wrong when you become the topic of Grant's blog discussion :) Great job, Grant. Being prepared takes work but it is worth it to preserve your authority and self-respect. 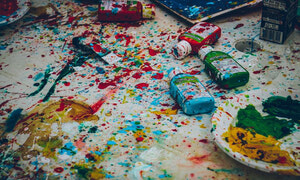