The winds of change in Alberta politics blew in on April 16 and this time voters agreed with the two major newspapers in the province.

Three days before Jason Kenney's United Conservative Party scored a massive landslide in the Alberta election, the Edmonton Journal and Calgary Herald suggested to voters they should vote UCP because it would be best for the economy. Four years earlier the endorsement didn't work.

Maybe the endorsement didn't help this time either, but the generations-old concept of editorial endorsements is an interesting one in politics today.

Last Saturday morning, I sat down to breakfast with my iPad beside my bowl of oatmeal and when I reached the Editor's Page of the Edmonton Journal, I started reading the Editor’s Column. I quickly realized The Journal was giving its party endorsement for yesterday’s provincial election in Alberta.

The editorial raised a number of points, but at the end it suggested Albertans should vote UCP because it would do the best job with the economy. Later that day I heard Postmedia’s sister paper, the Calgary Herald made the same endorsement.

Reaction on social media was swift and almost universal. Who do these papers think they are telling us how to vote? Why are they endorsing a corrupt party like the UCP? How can these papers have any credibility, because aren’t they just supposed to report the facts?

Once again, the issue of opinion vs. journalism was raised and again it became clear that many people don’t understand how the journalism business works.

Newspapers have been doing endorsements as part of elections for generations. It goes back to the days when newspapers were the “official record” and “voice” of their community. It’s still somewhat true because of the nature of print journalism. If you miss a story on a television newscast, it’s gone, unless there’s an internet version to look at later. When it comes to a newspaper however, there’s always a record because it’s in print.

Mind you, after what happened in the last provincial election I was wondering if we would be getting direction on how to vote from the papers’ editors. In 2015, it became clear that the decision to endorse the Conservative party, came from the higher ups at the Postmedia corporate office in Toronto. That was reinforced when former Edmonton Journal columnist and now Senator Paula Simons reminded everyone over the weekend about what happened four years ago. She said orders were given by the suits in Toronto and not the Editorial Board of the papers in Edmonton or Calgary. Making the weekend endorsement of the UCP likely wasn’t easy for the local editors, if indeed they were the ones to make this call.

The next thing you need to ask yourself is, does an endorsement like this mean anything, especially since it came from the corporate bosses in Toronto the last time around? You really have to wonder if any endorsement these days is more of a negative than a positive. People have never liked being told what to do, or how to vote.

I remember the last election when five Alberta business leaders, all successful older men, advised voters to resist voting NDP and instead stick with the Conservatives.  How did that work out for you?

People are right to demand newspapers and journalists should be objective, but they need to understand there is a difference between opinion and factual journalism.

The UCP endorsement is an opinion. That’s all it is and newspapers have a right to say how they think people should vote, as long as the endorsement is made in the proper place – the Editorial Page.

Of course, actual journalism should be non-biased, and being a daily reader of the Edmonton Journal, I haven’t seen an obvious bias for any party, although I’m pretty sure since emotions ran so high in this campaign, readers can find examples showing otherwise.

There’s another part of journalism that people don’t seem to understand as well as they should and this is opinion vs. fact. Newspaper columnists are paid to provide their opinions. They want readers to think and sometimes they’re controversial in doing so. There’s nothing wrong with that. That’s their job, as long as the paper makes it clear that it's a column and just their opinion. A news story that’s placed right next to it needs to be impartial.

The other part of the equation is that columnists should always write opinion pieces and reporters need to report. Unfortunately, I’ve seen cases recently where journalists will write a column (opinion piece) one day and then a story the next. It’s happening on a regular basis in sports. The lines between what’s opinion and what’s factual journalism are becoming murkier as newspapers increasing demand their journalists play both the role of a columnist and a reporter.

I’ve also seen cases where opinions creep into what are supposed to be factual news or sports stories. It looks like a traditional story, but contains opinions and speculation.

Whether the endorsement helped the UCP win is a question we can debate for a long time, but in this day and age you do have to wonder why we still have newspapers telling people who they should vote for.

Get My Blog and a Special Gift

If you sign up to receive my blog each week, I'll send you a copy of my e-book called Bulletproof Your Brand: What Every Media Spokesperson Needs to Know. 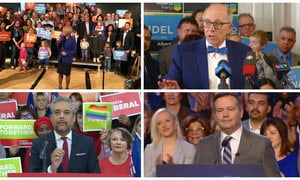 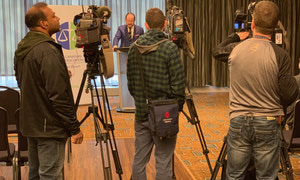 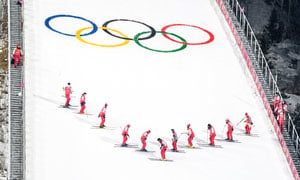 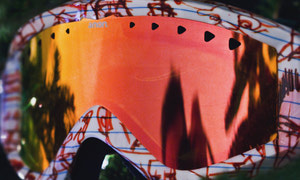