Papa John's Pizza sales have dropped noticeably since founder John Schnatter made some racist comments during what was supposed to be a media and public relations training session. Pizza sales for Papa John's are expected to drop by 10% for the year, as a result of what he said and the fallout over his comments.

I've done dozens of media training sessions and have to admit I've never had a case like that. I've shared a lot of laughs over comments made by participants and some of those comments were a little on the dark side, but never racist.

I've also been asked many times about what happens during a typical media training session, so here's the dirt on what goes down.

So, What Is It That You Do?

Three different questions, but all get down to one basic query – what in the hell happens when you do media training?

There aren’t any rules or regulations about what needs to be included in a media training workshop. Mine begins with getting people to understand what reporters are looking for when they do an interview, how to prepare and several techniques to do the interview well. We then move into discussing specific issues to the organization, essentially showing people what they should be saying (in general terms) if they were interviewed about that topic. Finally, we put everything into practice by doing video interviews and critiquing how they did.

The biggest benefit by far, is giving people the confidence required to do good media interviews. Organizations that have their spokespeople interviewed on a regular or semi-regular basis, want to make sure they have the knowledge and confidence to do the job properly. Media training is more than that though.

It gives people better general communication skills, because whether you’re speaking to a reporter, or an employee at work it’s important to say the right thing at the right time. Media training can also be a great team building exercise for everyone.

The first thing you need to know is media training is not about (or at least it shouldn’t be) getting people to lie better. In fact, if any media trainer tells you to say anything you know isn’t true, you should ask for your money back.

The clients I’ve worked with for the last decade always have something positive they can say about a situation. Sometimes they need to explain why they made a decision. Other times they need to acknowledge things may have not worked out the way they wanted, but with some changes, better days are ahead. Explaining and saying something positive isn’t lying. Sometimes an apology is needed when something goes wrong.

Honesty is always the best policy and I advise groups I work with not to lie. In some situations, when you can’t talk about a specific topic, the best response is “I’m not going to get into that, but what I can talk about is…” By using a response like this you’re indicating you can’t or won’t speak about a particular issue, but you can comment on something related. You have to be careful though, because if it’s clear you should be commenting on something, you run the risk of looking evasive (and guilty) by not speaking about it.

Here’s something else that media training isn’t, or at least shouldn’t be. Some people think people are given lines to use in response to media questions and need to remember them word for word. In other words, they’re told exactly what to say.

Once again, if any media trainer is telling you what exactly what to say, then they’re not doing their job. People who act as spokespeople for organizations have a tremendous amount of knowledge and experience. Media trainers can’t be expected to know their business as well as they do, so why should they tell them exactly what to say?

In addition to that, I’ve found that people who try to remember their exact responses have a difficult time recalling what to say, especially during a media interview. Even if they do remember what to say, trying to repeat it on a word for word basis is going to make them sound stiff and awkward.

I teach people to forget about trying to remember exactly what to say and instead think about what their general response should be. While I usually suggest what approach they should use to answer a question, I allow them to put the answer into their own words. This is especially important for people who don’t have a lot of experience in dealing with reporters. They do a much better job and sound more natural when they can use their own words and phrases to answer questions.

Finally, people are given tips to ensure that they talk about the things they want to talk about during the interview and not always what reporters want them to talk about. Again however, it has to be in their own words.

Media training is really about finding ways for people to communicate more effectively during media interviews. It should never be about lies, spin and dishonesty.

If you need to talk to me about this article, or a media training session for the fall, just drop me a line.

Random side-question: I've noticed in at least the last couple of blog articles that the abbreviation for Public Relations 'pr' has been lowercase. I'm assuming that's deliberate - could you talk more about the choice? Is there a movement in the industry toward using lowercase or is there another acronym it might be confused with that you're trying to avoid?

It brings to mind a recent group that was formed at work, the Project Management Office, which has the unfortunate acronym of PMO (aka Prime Minister's Office). Perhaps adopting the lowercase 'pmo' might be helpful for them to distinguish, though I suppose there could be some benefits to folks jumping to reply to requests, if they think they are being made from THE PMO ;)

I've wondered about that too and have used lowercase, but perhaps it should be "PR" instead. I think that's more common.

Good catch. Perhaps I will use upper case from now on. Thank you.
Grant 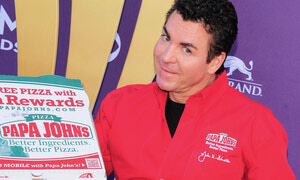 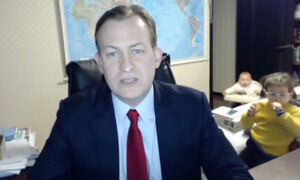 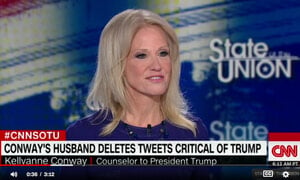 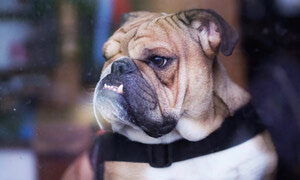