I did a corporate media training session for a Board and staff of an Alberta association in Calgary yesterday and was asked if it's okay to ask a reporter to submit a list of questions prior to doing an interview.

The question is one I get quite often, but there's not an easy answer because the reality is, it's more acceptable than it used to be, but still something that isn't common for most reporters to do.

It made me think that there are a few things you shouldn't say to a reporter, so I put together a list of four that quickly came to mind and provide the reasons in today's blog.

Don't Quote Me on That

One of the classic mistakes people who aren’t experienced in speaking to the media make, is trying to take something back after they have said it.

“Don’t quote me on that”, or “You can’t use that” are useless requests after a person has said something juicy during an interview. This happens after somebody gets off message and says something they shouldn’t have, realizes it and then wants to take it back. Too late.

You know you’re being interviewed; the interview has been proceeding as planned, until the interviewee said something they regretted. The reporter is fully within his or her right to use whatever you said. Some may not though. They understand the person isn’t very experienced in speaking to the media so they may give you a break, but they don’t have to. They are fully within their right to report what you said.

Stay on message and then you won’t have to worry about it. People rarely get into trouble during media interviews by talking about what they planned to speak about. They normally step in it when they start talking off the cuff.

Another classic. I’ve heard versions of this for years. The person being interviewed doesn’t like the question, or feels it’s not appropriate, so they try avoid answering it by telling the reporter how it’s not the question they should be asking.

There are other versions of this including, “That’s not news, why are you asking that?”, “That’s a stupid question”, or “What you should be asking me is….”

It’s the reporter’s job to decide what questions should be asked and your job to answer them. At times you do need to bite your tongue, but you’re far better off to answer the questions to the best of your ability and leave the confrontational comments behind. Very few people have ever won a battle with a reporter because the journalist always has the last word.

Rather than suggesting to the reporter that he or she should have asked you a different question, give a partial answer to their question and then bridge to the answer you want to give. I did a blog on bridging techniques awhile back and it’s worth a read.

Although this is a little more palatable to reporters now than a generation ago, it’s still unlikely you’ll get a list prior to the interview.

Today, this has changed because of email and to a lesser degree, a reduction in the number of journalists. It’s much more common for reporters to send questions by email. Technology has driven this change, but generally speaking, the people being asked questions by email aren’t the big newsmakers. If they do have something to say that will really add to the story, most electronic journalists will then try to do an in-person, or over the phone interview.

There are occasional times when a media spokesperson should say no comment, but even when they do, they shouldn’t use those words. There are a number of ways to respond to a reporter’s question and say no comment, without actually saying the words. Here’s one example.

“We’ve decided it’s not appropriate for us to comment at this time. There’s still a great deal of speculation on what happened and we’ll be in a much better position to comment and plan to do so, after a decision’s been made.” You’re really saying no comment without using the words “no comment” which can sound like you’re avoiding the issue.

Follow these tips, prepare before you do your next media interview, and you’ll be great.

I offer corporate media training for groups, Online Media Coaching for one-on-one coaching and my media training video series is available for download. 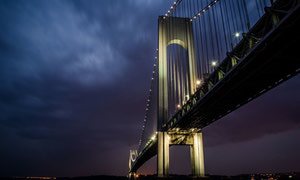 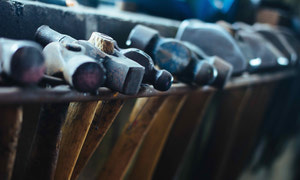