Northlands: It's Hard to Watch an Old Friend Die

The City of Edmonton announced last week it will take control of the Coliseum at Edmonton Northlands on January 1 and close the doors. Nobody is saying what will happen next, but I expect it will eventually be demolished.

While the announcement was certainly a big one, what hasn't been widely reported is the future of Northlands, a once proud organization. It's already a shadow of its former self and in a matter of years it may not exist.

A big portion of my teenage years was spent at Edmonton Northlands and even if the organization doesn't make it, I'll still have some great memories from years gone by.

I grew up in the Parkdale neighbourhood, just a few blocks west of Edmonton Northlands and could walk or ride my bike there in a matter of minutes. It was a big part of my childhood.

I have a brick from the Gardens, which was levelled by the wrecking ball in 1982, about eight years after the Coliseum, on the north side of 118 Avenue was opened.

I spent many nights in the Gardens in the late 1960’s and early 70’s watching the Oil Kings before the days of the Oilers in the World Hockey Association. Even though the Oil King players were still teenagers, many of them were household names in Edmonton because it was all we had in the winter. 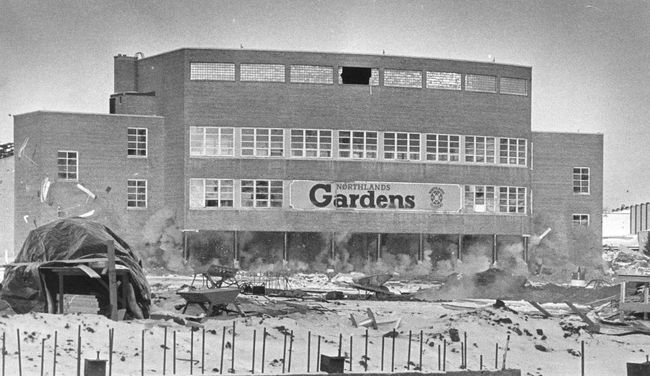 A stone’s throw away sat the Sales Pavilion (formerly the Stock Pavilion), home to auto and stock shows during the week and wrestling on Saturday night. Watching The Stomper, Dave Ruhl, Sweet Daddy Siki, Abdullah the Butcher and the Hart kids in that old square concrete and brick bunker was also a part of my childhood.

One memory that stands out above everything else when I used to walk into either the Gardens or the Sales Pavilion was the smell of wieners on the grill and fried onions. Best hot dogs anywhere in those days could be found in those old barns.

Just a short walk from there was the racetrack, a place so busy in those days they used to charge people to walk through the gates, something that doesn’t happen anymore at horse racing tracks in North America. I started going there when I was about 10 and by the time I was 14, when other kids were working summer jobs at the grocery store or delivering prescriptions from the pharmacy, I spent my summer at the racetrack and made twice as much as any of my friends did and my hours were a lot better.

The highlight of the summer was Klondike Days. My friends and I found out when the train with all the Royal American Shows rides would be pulling into Northlands after their run at the Calgary Stampede. We used to wait patiently sitting on our bikes to find out which rides were back and the new ones we would get a chance to check out when the gates opened in a couple of days. Royal American eventually played a major role in the biggest scandal in the history of Northlands, but that’s a story for another day.

During Klondike Days the races used to run during the day giving me the horse races AND the exhibition on the same day. I would leave home around 11:00 in the morning and get home around 11:00 at night after the fireworks. Life was good and yes I did have parents. They must have trusted me, but things were different back then too.

Northlands was a magical place with horse racing, rides, wrestling, hockey and concerts and it was right on my doorstep.

Fast-forward about 45 years and Northlands has all but breathed in last breath.

Last week the City of Edmonton announced it would take control of the Coliseum and close it at the end of the year. It says it hasn’t decided what it will do with it yet and a big report will come out in a few months that could transform it into something beneficial, but I’m pretty sure I know how this story will end. The Coliseum will meet the same fate as the Gardens, Sales Pavilion, and Sportex - it will be demolished. It’s simply too expensive to operate unless it can bring in enough revenue, which it can’t.

The City will take over the grandstand and barns and once again the wrecking ball will do its thing. Demolition contractors are likely lining up already at the Northlands’ gates.

What we could be left with in a few years is the Expo Centre and parking. Lots of parking. There could be new facilities to support the Expo Centre, such as a hotel and perhaps planning on that is already underway.

Where the racetrack and barns are now located would be a terrific spot for residential and commercial redevelopment. There’s a beautiful park across the street. Part of my youth was also spent at Borden Park playing baseball.

One thing I do know if that in 10 years from now, the Northlands grounds will look nothing like they do today.

We should have expected this day to arrive when the City pushed all its chips into the middle of the table to support a downtown arena. There have been many NHL cities that have seen new arenas go up over the years and in almost all cases the old one gets knocked down.

I can’t blame the City for this. Downtown redevelopment is the future and Northlands is the past. The situation might be different if horse racing was still thriving and the Expo Centre was a big money-maker, but that’s not the case. The future for Edmonton will include one of the best downtown areas in Canada, something that seemed impossible a decade ago.

Thanks to the Edmonton Journal for use of the photo at the top of this blog and to Vintage Edmonton for photos used in the blog.

Nice blog as an ex employee of 27 years let go in the Richard Anderson GM import from the USA he single handily with some strategic executive board members hired this twat to save Northlands. Its demise was already pre-ordained by the leadership of the city knowing it could never survive without the concert business.
It was always Northlands who got put into difficult spots to pull events off that private enterprise would never do government could not do but Northlands could do. Its failing reputation amongst its own people board shareholders and community always had a bad word to say about the empire built on volunteerism. The City of Edmonton never paid a nickle to buy the land maintain the property all bought and paid for by Northlands with title ownership given to the city.. After over a century of growing older than the City of Edmonton Northlands is cut off at the knees and maligned as poor managers and custodians of these amazing facilties they have built. Racetrack Barns Expo Centre Coliseum and what did it attract to the city... Brier World Figure Skating, NHL hockey trade shows of every kind, horse racing the Canadian Derby, Football Soccer Lacross and all driven by a board who trusted its management up until 6 years ago. I join you in saying farewell to an institution that never deserved this kind horrible ending 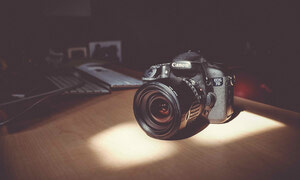