When I did a media training session this past Monday for a municipal Council in Alberta, I reminded the Mayor and Councillors why they shouldn't answer questions from reporters that were made off-the-record. This time I had a good reason why.

I always recommend people tell reporters that all their answers are on-the-record, when they're asked to comment off-the-record. That way, they don't have to worry about their comments coming back to bite them.

Last week though, an incident in the Trump White House provided the best illustration in years why people shouldn't make comments to reporters off-the-record.

A Question of Media Ethics

Information on the comings and goings of the Trump White House hit another low last Friday when it was reported that Trump’s Chief of Staff John Kelly fired Secretary of State Rex Tillerson, as he was sitting on the toilet.

For Tillerson, it was a sad end to a short political career. He joined the Trump administration over a year ago from ExxonMobil where he was CEO. ExxonMobil is one of the biggest companies in the world, worth close to $400 billion. Sadly, the world learned of what the former leader of the biggest energy company on the planet was doing when he got fired and it isn’t a pleasant image.

How did it happen?

Kelly was conducting an off-the-record discussion with a few White House reporters and staffers about a related topic when he told reporters Tillerson was in Africa, had picked up a stomach virus while there, and was fired when he was sitting on the toilet.

That was reported on American news websites Axios and The Daily Beast, but neither had reporters at the briefing. The websites learned about what Kelly had said from either reporters from other media outlets, or staff who were at the session.

My first thought was, both websites had stepped over the line by reporting information they knew was disclosed in an offer-the-record manner. However, I then saw this Tweet from Axios reporter Jonathan Swan. 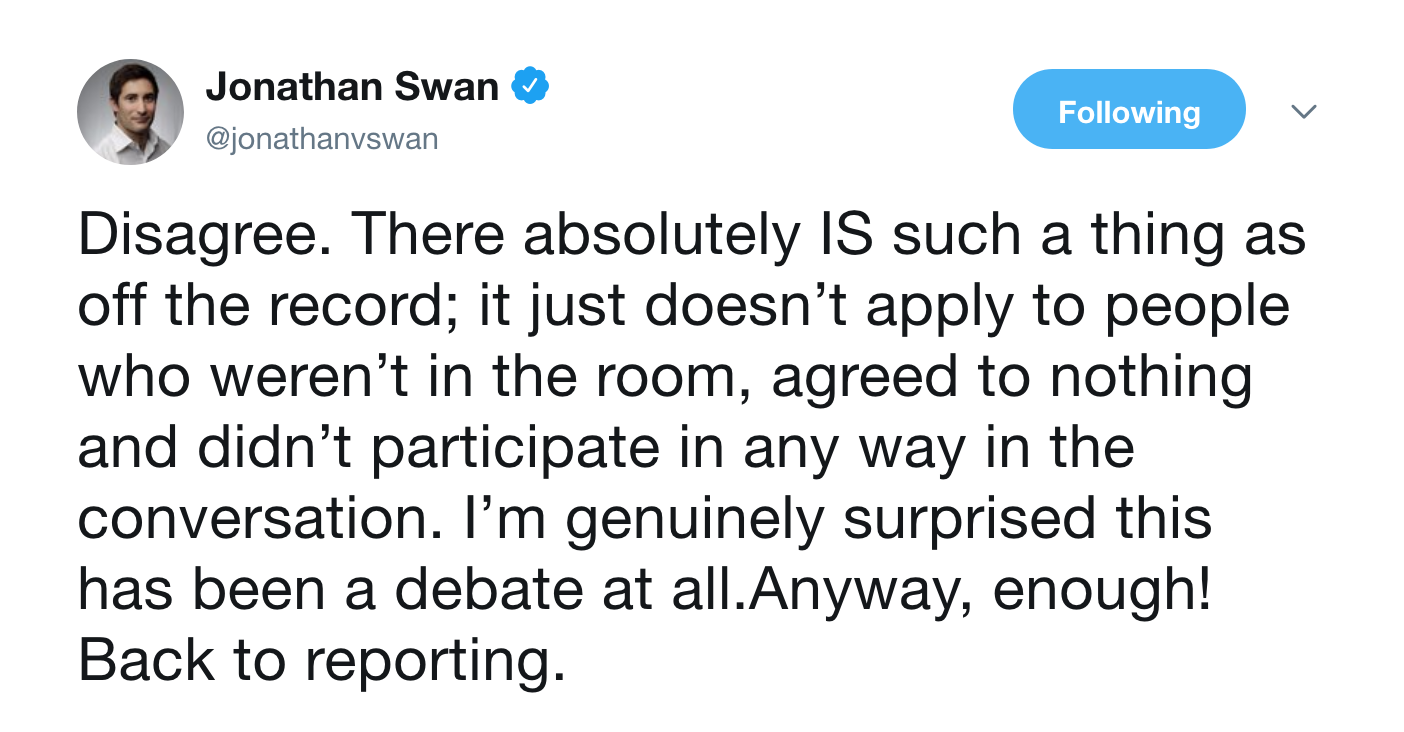 Did It Cross the Line, or Was it Good Reporting?

Swan brings up a valid point. Since he, nor anyone from Axios was at the briefing, they couldn’t possibly agree to the off-the-record request. Whether Axios should have refrained from putting the story on its website is perhaps another point. Obviously, Swan doesn’t have a problem with it.

While I certainly see Swan’s point and tend to agree with him, I think the matter is still up for debate, because the two websites knew the comments were being made off-the-record. Let’s face it though, covering the White House today is far different than it was a generation ago. It now seems like anything goes.

Then there’s the matter about whoever gave reporters from the websites the off-the-record comments. If they came from White House staffers, it will go down as another leak and those happen on a daily basis. If it came from reporters, then they’re probably guiltier than Axios and The Daily Beast for running the story. They knew the information was being given off-the-record and even though they didn’t report it, isn’t turning the info over to other media outlets almost as bad?

Why Kelly thought this would be a good time to make off-the-record comments is being debated by those close to the White House. I’m not going to speculate, but others covering the White House certainly have on his reasons.

As I mentioned, I always tell participants to my media training sessions that if they’re asked to comment off-the-record, don’t take the bait. All they need to tell the reporter is “I’m sorry but all my answers are on the record.” That shuts the conversation down right away.

As we saw in the case of Kelly and Tillerson, the off-the-record comments were first reported in non-mainstream websites, but within a matter of hours, CNN, the Washington Post and almost everyone else was reporting the same information. They may have made the decision not to run the story initially because of the its off-the-record nature, but when they saw it on other websites, it became fair game.

To me, there’s no black and white answer to the question of media ethics in this off-the-record situation, but I do know that if Kelly hadn’t made the comments in the first place, there wouldn’t be a story to talk about.

That might be the most important lesson for media spokespeople to learn from this new all-time White House low. 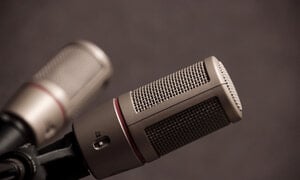 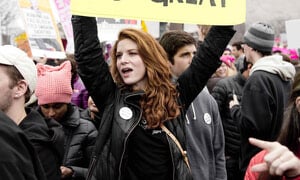