I was speaking yesterday to the Building Trades of Alberta Conference at the Fairmont Jasper Park Lodge and asked the audience to think about some of the bad PR issues that await when marijuana use becomes legal in Canada in less than a month from now.

As organizations scramble to put together policies and regulations related to pot to ensure people aren't high when they're at work, I questioned whether many have spent any time talking to their employees about potentially bad public relations issues that are bound to happen.

Various age groups perceive legalization quite differently and combined with social media, you can almost bet there will be some huge PR blunders around the corner.

The Power of Video

I asked my audience in Jasper yesterday to think about this scenario.

A man in his 50’s shoots a video with his webcam on October 17, the day marijuana becomes legal for recreational purposes in Canada and posts the video on his personal Facebook page. Just after taking a big toke from a joint and exhaling he says “It feels great to be able to smoke pot legally. I’ve smoked it for years and I just want to let you know how much I appreciate living in a country where marijuana is legal. Thank you Justin Trudeau.”

I then asked the audience to imagine that this is a union leader. He came from the trades and worked “on the tools” for 25 years before taking the most senior position with his union about ten years ago.

His Facebook page has a lot of followers, many of them union members. He gets some “Way to go” type comments to his video, but then somebody asks, “Were you high when you were working in the field”? Then somebody else writes “How is it that you’re able to smoke up before going to work, but I have to worry about cannabis in my system because the company I work for has a zero-tolerance policy”? That touches off several other similar comments from disgruntled members, suggesting there’s a double standard for rank and file workers and union leaders.

Two days later he gets a call from his union President who tells him to put the issue of the video on the next Board of Directors meeting because he’s been getting complaints from members.

I suspect though, what’s legal and what’s accepted may still be different things in less than a month from now when the law is changed. Will people, who see others lighting joints, be ok with it, or will there be a backlash?

When Tesla’s Elon Musk recently lit up a big joint while doing a popular US podcast there was a huge reaction. Tesla shares dropped 6% the next day and a couple of top Tesla executives resigned. Since Musk owns around 20% of Tesla shares, that podcast cost him millions. That was one expensive joint. He’s worth around $8 billion though, so I’m sure he can handle it.

Last Friday, a US Customs and Border official was quoted as saying Canadians who work for marijuana companies, or even those have invested in cannabis companies may not be allowed into the US. In many cases, their social media profiles and activity may identify them as "risks" to the Americans, because marijuana use is still prohibited federally.

Perception Based on Age

I fully realize much of this perception is based on age. Younger people will be much more accepting of people smoking dope in public, but many older people will not.

British Colombia Golf and Inside Golf surveyed over 5,000 golfers in BC and asked them if they plan to smoke up while on the course. While only one in every ten golfers aged 55 and older said they’ll use pot while playing a round, one out of every two golfers under the age of 35 said they would. If that survey is correct, 50% of the young golfers on the course will be will be smoking cannabis. That sounds a little hard for me to believe, but on the other hand I would be willing to bet that would be roughly the same percentage of young people have a drink or two while golfing.

The perception of young people to others smoking dope will likely be far different than their parents and certainly their grandparents. Millennials will ask what’s the big deal, while some in their 60’s will think the world is coming to an end.

A product, now legal to buy and use for recreational purposes, will be perceived totally differently.

I believe organizations need to get ready for a mixed reaction from the public that’s bound to come. This goes above and beyond workplace regulations that many companies still need to put in place. Just a couple of weeks ago the Canadian military came out with rules on the number of hours between cannabis consumption and working a shift and there was a longer gap if the soldier was using a weapon or operating machinery. Every organization needs to have these rules in place before October 17.

While doing it they also need to talk to their workers about public perception because what will soon be legal may not be as popular as some think, especially for those in leadership positions.

I’m sure ten years from now somebody reading this post will wonder what the fuss was about, but I’m equally as confident there will be some big PR bumps in the road for the rest of the year.

Great post, but I'm concerned with the age stereotyping - I think acceptance will be more based on profession than age. While I myself do not smoke pot nor intend to, I have many people in my "circle" who are in their 50s and 60s who do partake, whether recreational or medicinal. My children in their 20s are accepting of people smoking, but do not do so themselves. What I have found is that white collar professionals are more concerned with perception around smoking than blue collar. (That said, I know a lot of lawyers who still enjoy the "hippie" lifestyle.)

That's a good point. You may be right. As a person who is, shall we say, on the dark side of 39, when I talk to my friends about this they are normally against it. I also thought that golf survey in BC was telling, however you certainly could be right. 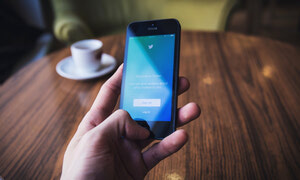 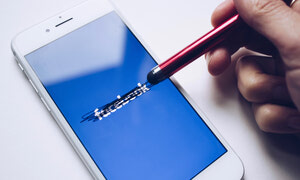 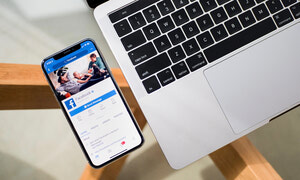