The Edmonton Journal - The Good, the Bad and the Ugly

It's one of the biggest format changes in the history of the Canadian newspaper industry. It's certainly a major change from the newspapers we grew up with. Despite that, it rarely gets talked about today.

Postmedia dailies across the country have been piecing together local content created in various cities, with national content.  We get the final product each morning when we look at our newspaper. The question is, has it worked effectively?

I've read the Edmonton Journal for decades. Today's paper is much the same, but it's also very different.

A few years ago, Postmedia broadsheet papers across the country, which includes the Edmonton Journal, Calgary Herald, Vancouver Sun and others , drastically changed formats.

This followed what was known as Black Tuesday, January 19, 2016 when Postmedia merged its Sun newsrooms with those of the Journal in Edmonton and Herald in Calgary and chopped some 60 people. Similar cuts took place across the rest of the chain and then came the move that we’re still dealing with every time we crack open a copy of one of those old Southam broadsheet papers.

Not long after Black Tuesday, Postmedia announced it was going to a new format. The skeleton of many of its papers, including the Edmonton Journal, which I have read for about 55 years, would be the same. It would come from Toronto and all Postmedia major broadsheet dailies would adopt the same format.

There would no longer be a locally produced business section. It would come from Toronto (FP Investing) and be the same across the country. If there was a local business story, it would go in the front section of the paper. The second section of the paper would be national and international news. Each paper would get the same section, often followed by the business news. The first couple of pages of the sports section, other than a banner at the top would be reserved for local sports, but pages 3 and up in the sports section would be the same for everyone. Once again, all the non-local sports would be the same for everyone. Some of the national features’ sections would be the same and supplied nationally.

It was all done to save money and it’s been a challenge to cobble together local content with what’s supplied each day from a central national source.

With a couple of years under our belts the question is, has it worked?

Let’s take the Edmonton Journal as an example, because I still read the online edition every day and I’m pretty sure results are similar for the rest of the country since the bulk of each paper comes from the Postmedia head office.

The best aspect of what’s happened is that we still have pretty good coverage of local news stories and events from a much smaller team of journalists. When you take a hard look at the amount of coverage we get from such a small team of reporters, it’s pretty impressive.

The Journal has also lost columnists Paula Simons and Graham Thomson during this period, but replaced them with former reporters Elise Stolte and Keith Gerein.  Their reporting backgrounds have provided a different refreshing approach to their work.  A good example was Stolte’s recent piece on the failure of Edmonton’s recycling program. It was an excellent opinion column, backed up by research and fact. Her piece today on the tax fiasco in Calgary was another testament to combining reporting with opinion.

Sports, led by veteran writers like Terry Jones, has maintained a pretty high standard too, once again despite much bench strength from reporting staffs.

I’ve noticed three glaring problems over the past few months with the format.

1.  A Lack of Local Content – There’s no question the Journal is missing stories. There are lots of events, issues and games that need more and better coverage, but a skeleton crew of reporters and editors can only do so much. Seemingly gone are the days of the Journal getting scoops on a regular basis. There also used to be some great journalism every Saturday in a special features section. Again though, journalists still there can only do so much.

2.  Same Story Gets Used Twice – On numerous occasions I’ve noticed layout mistakes that have led to basically the same story running in two different sections of the newspaper. One version of a local story could run in local section of the paper (the old section A) and another version could run in the national news section of the paper. The same thing happens with sports stories. The format lends itself to this happening, but better work needs to be done by the people who layout the paper. Unfortunately, they aren’t in Edmonton.

3.  Grammar, Typos and General Screw-ups – Last week I saw a headline in the national section of the Edmonton Journal that read in big black letters “Senate keeps oil tanker ban alives”. Once again, a lack of local control leads to mistakes that shouldn’t be seen in a high school paper. The Sports section doesn’t allow big national stories to fit onto the front page of the section. The Toronto Raptors have been the biggest sports story in Canada for weeks, but they’re always found on page 4 because of the national format being used. That only changed this past Monday.

A few years ago, I was ready to leave the Edmonton Journal and wrote about it at the time. I eventually subscribed to the digital edition of the paper, because I wanted to stay informed and contribute to local journalism. I’m glad I did. In the last month, I’ve woken up in five different cities and read the online edition on my iPad or phone.

But here’s the problem.  The newspaper doesn’t feel the same and I’m not talking about moving from the print to the online edition (I’m over that now).

Maybe I’m expecting too much, but the Journal used to be the “newspaper of record” in Edmonton. If a story was in there it mattered and it was true. The Journal didn’t miss much and if there was some shady business going on, it would uncover it and report it. That doesn't happen like it used to. There are important stories taking place every week that it just doesn’t have the staff to be on top of.

When I read the Journal today I get the feeling there are some really good and talented people trying to put out the best product they can, but all the time knowing it’s not what it should or could be.

That’s the reality every major daily newspaper in the country faces today. As a reader I understand, but also wonder how much longer the system can be kept running with scotch tape and staples to hold it together?

Get My Weekly Blog

Like a lounge singer who says "I'll be here all week", my blog can be emailed to you every Wednesday. Sign up today to receive it, along with my free gift. 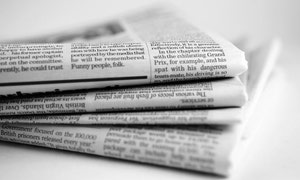 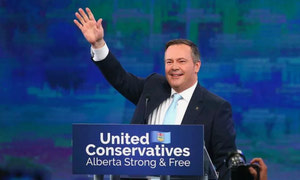 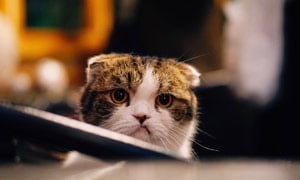