We're a week into the federal election campaign and a quick check on Twitter shows an alarmingly high increase in nastiness and bad language.  For the last few years, many Canadians have prided themselves on being more sensible on politics than Americans and not being so divided. That's hard to notice on social media.

The move towards writing hurtful comments isn't reserved for the election campaign.  It's been going on for awhile as people seem to think they have the right to say whatever they want in social media, or in exchanges by email or text. I feel it's time to speak up.

In the last week alone on Twitter, I’ve seen a Canadian Senator take a hateful shot at newscaster Rosemary Barton and the CBC, a Toronto Star columnist take a profane verbal swipe at Sportsnet’s Tara Slone and tons of angry and profane reaction from people towards former Alberta MLA Ricardo Miranda after he endorsed a candidate people didn’t like for the upcoming federal election.

You can probably say its election time and some of this is related to heated opinions as we head towards the vote on October 21st. But that’s really my point. Whatever happened to reasonable debate in any situation, including what we see in social media?  Rather than politely questioning somebody’s opinion and presenting your own view in a reasonable way, people seem much more inclined to immediately tell people they suck, or swear at them.  Or both.

Some of this is related to social media being a world where people can anonymously wander from one platform to another spewing their venom and then watching the predictable reactions. We see very different comments on Linkedin, as an example than Twitter ,where people aren’t allowed to come up with accounts that enable them to say whatever they want with limited consequences.

I guess there are some consequences. I’m seeing some people on Twitter proudly announce they’re back after their account was suspended by Twitter. Of course, the suspension was never their fault (according to them).

People who get too mouthy can be blocked by others. That comes in handy, but the people who get blocked claim foul and say they didn’t deserve to be blocked.  I’ve even seen some people complain about politicians blocking them and claiming politicians shouldn’t have the right to block anyone because taxpayers pay their salary.

That’s pretty stupid thinking. Just because they’re on the public payroll, it doesn’t mean they have to put up with crap from people they don’t even know.

Finding New Ways to Lash Out

It’s starting to go deeper though. I’ve seen and heard of cases where people are making nasty comments on social media and in emails and using their real names as they do it.

A relative recently read an email her company received from a client who wasn’t happy with the service he got. There had been a disagreement between this man and the company, the company didn’t do what he wanted and he replied by sending one of the most hateful emails you can image, hoping the person he was dealing with got an awful disease and died. This wasn’t sent anonymously.  The company and the man have done business together and it has all his private information. Do you think anyone at that company will ever do business the same way with that person again?

We seem to live in an era if somebody doesn’t like something or somebody, they can lash out through email, text or social media and seem to believe whatever they say doesn’t matter because they have the right to do so. This isn’t the way I was raised and certainly isn’t the way my wife and I raised our children.

Another dangerous trend that social media has brought us is people who are incredibly ill-informed about a topic, but still feel the need to comment. Social media has given them a platform to comment on politics, sports, community issues, religion, you name it, and it seems facts don’t matter. After all, why let facts stand in the way of a good opinion? As people rush to judgment and make their feelings clearly known, facts get left behind.

People these days need to comment on everything it seems. I remember the debate that erupted when photos became public of how the Fairmont Hotel McDonald planned to renovate the Confederation Lounge. I remember seeing one person writing in social media “I can’t support this.” I thought to myself, I don’t think Fairmont needs your support, nor has it asked for it.

The Wrong Kind of Connection

What is really boils down to is, before the days of the internet, people could sit in bars and basements and make outrageous statements about others. Only those around them heard the nonsense they were saying.

Now social media, and other forms of communication have connected these people with politicians, athletes and other celebrities. Unfortunately, it seems it is part of a celebrity’s job to deal with haters.

I don’t expect to change anyone’s behaviour, but I’m annoyed by what I’ve been seeing lately on social media.  Do better people. Do better.

Good morning Grant,
I agree with your position related to people and their use of social media platforms to make hateful comments and/or attack individuals. It is one of the negative aspects of social media that we see more and more of these days. Whether we are talking about adolescents making negative and hurtful comments about others or adults behaving the same way it is unacceptable. It seems to be the new way of bullying without the accountability.

Thanks for your comment. You're right. The other issue is, smarter people take the high road and don't fight back. Maybe that's a good strategy, but the people who lash out at others seem to get away with it far too often. I have seen some people come to the defence of others, which is nice, but then they too get dragged into the mud. 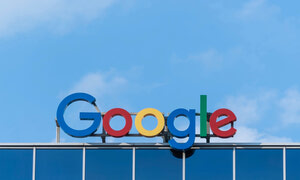 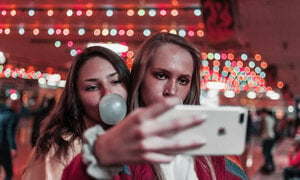 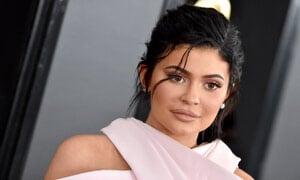 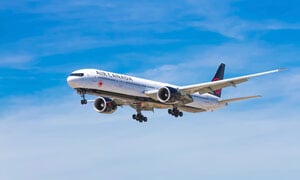