I was doing media training last Friday for a municipal client in Alberta when I overheard two people talking about the opening ceremonies for the winter Olympics that had taken place early that morning. One person remarked that although people had to get up early to watch the ceremonies, those in the US didn't have that opportunity because the opening wasn't shown live by NBC.

A friend of mine who's on holidays in the Phoenix area sent me an email yesterday complaining about NBC's coverage and wrote that some of its commentators wondered how scoring worked in curling and asked if it was like shuffleboard.

I'm convinced the televised Olympic coverage we get in Canada is second to none and what we've seen in the last few days drives home that point.

I’m not sure enough Canadians realize how good we have it when it comes to television coverage of the Olympic games. It’s been this way for years.

Once again we had live coverage of the opening ceremonies last Friday on CBC, while people south of the border got the highlights in the evening, more than 12 hours after the ceremonies had wrapped up. This isn’t the first time it’s happened. In fact, it’s typical of Olympic coverage on NBC in the US.

Canadians are again receiving far more live Olympic coverage than Americans and that’s not just because they’re on CBC this year. When CTV was the host broadcaster it was the same.

I’m not sure what coverage countries around the world are receiving, but I can’t imagine it’s better than we’re getting in Canada. It was the same as the summer games in Rio de Janeiro, so it really doesn’t matter if it’s the winter or summer Olympics.

The coverage we get is likely as good as anywhere in the world and I wish that point was made more often, but perhaps we just expect it to be that good. Perhaps we’ve come to expect being able to watch anything that matters live.

Olympic Brand Too Hard to Resist

The question is why. Why do Canadians get such extensive Olympic coverage?

The simple reason is we love the Olympics and we’ll watch what’s given to us, even though watching events like yesterday’s gold medal mixed curling final that started at 4am Mountain time was a little challenging.

I wonder if we value the Olympic brand more than other countries? Let’s face it, for years there’s some criticism of our lack of passion for amateur sports. Look at the sparse crowds that watch high school or even most university football or basketball games in Canada compared to the US. Skiers, snowboarders, and speed skaters almost become household names in Canada during the Olympics, but we rarely hear from them for the years in between Olympics.

Three weeks before the Olympics started, a major curling event was held in Camrose. Organizers spent a lot of time and money marketing the event to ensure people understood that most of the teams competing in it would be in the Olympics, including Canada’s men’s and women’s games representatives. For most of the event you could have counted the number of people in the seats by hand, but you know millions of Canadians will be watching the men’s and women’s curling at the Olympics.

Despite the politics, crooked judging and doping scandals, the Olympic brand remains as strong as ever in Canada.

For many Canadians, put the Olympic brand on it and they’re front and centre.  They might not watch snowboarding or moguls for years, but in the Olympics, it becomes must see TV. After watching for a couple of hours, we think we're experts and start using terms like “single salchow” and “slopestyle” as easily as “slapshot” and “save your shooter.”

The other clear reason for the amount of coverage we get is the rapid expansion in the number of channels. This year’s Olympics are similar to the past few times when CBC or CTV used a number of TSN or Rogers Sportsnet channels to show different events at the same time. That wouldn’t have been possible years ago because those channels didn’t exist.

More channels require more on-air talent and I like the way CBC is using some well-known personnel from other media outlets like TSN and Sportsnet to complement their people. I’m sure sports fans would like to see others, but I understand CBC using as many of its own people as possible. It’s only fair to them.

The harsh reality is, a number of the sports shown during the winter Olympics aren’t normally on TV, so getting on-air talent that can be knowledgeable about the sport and also do it professionally isn’t always easy.

Citing information from the ratings company Numeris, CBC says two out of every three Canadians watched a part of its Olympic coverage between February 7 - 11. That 23.4 million people and obviously those numbers will rise as sports like hockey, curling and figure skating unfold.

It’s likely that TV ratings for these Olympics will be down from what we saw for Sochi and comparing them to Vancouver isn’t fair. With no NHL players participating in men’s hockey, what has been the most watched event for the last few Olympics will take a big hit. Having most events on from 5pm until 7am Mountain time won’t help either. Although many events can be watched in prime time, others are taking place during the middle of the night and replays are shown during the day.

Enjoy the games and remember to appreciate how good we have it in Canada.

I'm in the UK and the BBC does a pretty good Winter Olympics job too. Much of it is live spread across 2-3 channels (despite events airing from midnight UK time onwards!) - no ad breaks (we pay 147 pounds TV licence fee and this is where it arns its money) - and, yes, the opening ceremony was live. GB just won a gold and bronze in the skeleton so coverage has gone bananas over that :-) BTW for the London 2012 Summer Olympics, the UK coverage was unbelievably huge - as well as 4 regular ad-free BBC channels, they had a further *24* ad-free HD channels showing the events!

Great to hear from you. Thank you very much for letting us know.
A friend of mine, in an email to me this week, wondered what kind of coverage the people in GB were getting. Now he know it's very good too. Thank you!

I'm an American and I can speak from experience here because I've seen Canadian coverage and American coverage side by side. You're right that Canadian coverage overall is much better, but for all of NBC's flaws, CBC is not without a few of the same flaws. NBC has long been accused of only showing Americans. I remember very well when Ross Rebagliati was initially stripped of his medal in Nagano before it was re-instated. Brian Williams gave no appearance of objectivity there. I'm sure it was the same with Sale/Pelletier in 2002.
Here's the big difference though and you pointed it out briefly.. Canada is a country of around 36 million people. Like you said, it's a smaller audience that is much more interested in the Olympics. The United States has a population 9 times the size and is far less enthusiastic about the Olympics as they are in Canada. The business of television and media works a lot differently in the United States which has often led to many of the issues in the past. Believe me, I wish I had Olympic coverage that there is in Canada. But I think NBC gets a bad reputation and that their coverage isn't quite as bad as some would make it out to be.

Great points. Thank you for making them. You are so right.

It's hard for commentators not to be cheerleaders, especially during the Olympics. Yesterday morning when the female South Korean speed skater missed the gold by 22 cms. but then was bumped all the way down to 5th place, the CBC announcers barely mentioned it because they were falling all over themselves to point out the Canadian won the bronze through the backdoor. I understand them doing that, but the DQ of the South Korean was a very small footnote to them and it should not have been that way.

You are 100% correct on the size of the country playing a role too.

I realize that we are dealing with a 14 hours time difference but neverthelss the CBC coverage of the winter Olympics is abysmal. So many repeats of sports - too much curling and too many advertisements and athlete biographies. I've been tuning in to NBC and TSN for more up to date and in depth coverage. It was 2 days before I found out who won the Canada/US hockey game - I get better results from our local newspaper and TV news station. Still haven't one rendition of Oh Canada when we won gold, and no leader board with medal standings. And I doubt they will get their act together by the end of the games.

I have been disappointed that the bulk of the sports are happening while I am sleeping, but I can definitely wake up to see some highlights of what I missed. I love the commentators that we get here in Canada - they do a fabulous job covering the sports!

Yes it's tricky to figure out when the coverage is live and what's going to be on. I think CBC could do a better job at finding ways to let viewers know when certain events will be on. They obviously do that during their broadcasts, but if you're not watching them it's hard to know when the good stuff will be shown. I follow the schedule on the CBC website but that can be hit or miss too.

Take it from this American, you are dead on, Grant. My wife and I moved in December and for the first time in 30 years, we do not get CBC from our cable service in suburban Detroit. WHAT???? Well, we do get it sort-of ... a shrunken down, low-quality version that does not fill up the screen. Fidelity is awful. It was bad enough not getting Hockey Night, but we have always watched the CBC Olympics Coverage. It is just better, period. Yes, we have complained emphatically to our cable company. I guarantee you that many metro Detroiters feel the same.

Good to hear that the difference is being noticed. Hopefully there are more Americans like you that know where the good stuff is.
I heard somebody on NBC say the reason the Netherlands does so well in speed skating is because everyone skates to work. WTF???? 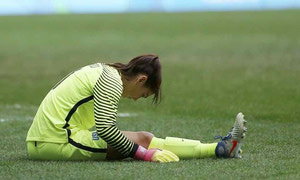 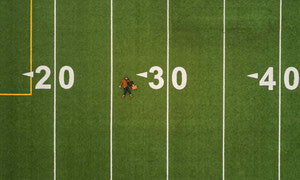