A Failure to Communicate

Last Friday afternoon, my phone exploded with the sound of an Emergency Alert from the Alberta government. It screamed about a public health alert, but it really was only the same news Premier Kenney announced 24 hours earlier.

It was an attempt to bring the public's attention to some new public health restrictions, but it also seemed to me like the government was trying to make it look like it was doing something about rising COVID numbers, when in reality, not much had changed.

At least the government was trying a different way to communicate. For over a year, we have watched political leaders and others read prepared statements to us like we were five-year olds and I'm getting tired of it.

The format is now so predictable.

Virtually every weekday for the last 14 months, politicians from Prime Minister Trudeau, to provincial Premiers, to public health officials have settled behind a microphone and started reading a prepared statement.

The statement is almost always read with little emotion, unless it’s Trudeau who makes everything sound overly dramatic. Eventually the media is allowed to ask questions and the politician or public health official answers the questions.  Problem is, in many cases over the last year, reporters are only allowed to ask one question with no follow-up and at times their question isn’t answered (hello Mr. Prime Minister). To make matters worse, only a limited number of questions are allowed, apparently because of time constraints. Reporters must feel like they’ve won the lottery if they get chosen to ask a question.

Why hold a news conference if you don’t allow journalists to get to the news?

Here’s a more important question though – is this the best format to allow government to communicate with Canadians?

Is Anyone Still Listening?

I’ll be honest. I hate the way it’s done.

I find the format too stiff. Listening to a public health official read from a prepared statement is like listening to fingernails on a chalkboard to me.

If I was in charge of a TV or radio newsroom again, I would put a ban on running comments from officials who were reading from prepared statements. I guess if the PM was declaring war on another country and reading it off a sheet of paper in front of him I would allow it, but that would be it.

The media is playing right into the government’s game by running prepared statements from politicians and public health officials. If they want to get their scripted message out, then they should buy advertising.

I’m not even sure this format puts the government in the best position.Yes it gets the messages out just the way it wants to, but if Canadians aren't listening anymore, does it matter if the canned script gets used in the media?

Here’s how I would run one of those news conferences if I was in charge. I would distribute some the most important updates for the day to the media, along with numerical updates, such as case counts. I would then have the politician or public health official make a few brief comments about the most important updates (without reading from a script) and then turn it open for questions from the media and allow follow-up questions if needed.

This would allow the official to make some opening comments and then go to the questions, allowing more time for questions and answers.

Maybe a one-on-one could be held with a selected reporter at the end of each session in order to get more information out?

Another important aspect that’s been missing in many provinces is a technical briefing from time to time, where reporters can ask questions of a more technical nature. As an example, if a reporter is from Grande Prairie, they may be interested in vaccinations in their area, but nobody else really is. That question is far better asked and answered during a technical briefing.

In Alberta, Dr. Deena Hinshaw has carried the load, but it may be easier for her to get some help from Alberta Health Services and others.

What’s preventing a looser format that would allow officials to communicate in a better way with Canadians? There are several reasons, none of then good.

For beginners, habit is hard to break. We’ve come to expect the reading of a prepared statement, followed by a few questions. It’s been happening for over a year, so why make changes?

Secondly, I think government is worried about forcing their people to break away from using a script too often. It’s like a security blanket to them. If the official gets something wrong while answering a question from reporters, they can always feel they’re covered by the prepared statement.

Last week when Dr. Deena Hinshaw was asked a question, she talked about “influencers in the community”, which left people wondering about the kind of influencers she was talking about. Perhaps she meant people who influence others, or maybe it was social media influencers?

When things like this happen, it unfortunately leads to many of those in government to make sure everyone follows the script. It’s one-part cover your ass and two parts being cautious and conservative.

When it happens though, it means we’re in for more stuffy news conferences filled with reading prepared statements and the media trying its best get some news out of it.

Maybe things will change when they start allowing reporters into the same room with the newsmakers? Forcing reporters to keep asking questions over the phone adds to the formality and stuffiness.

The bottom line still is, are the best methods being used to allow politicians and health officials to communicate with the public, so they understand what’s taking place and can make the best decisions?

I’ll let you be the judge of that. Just don’t read your response to me.

I've added some new videos to the Media Training Minute section of the Videos page on my website. There are more great tips on ways to do great media interviews. 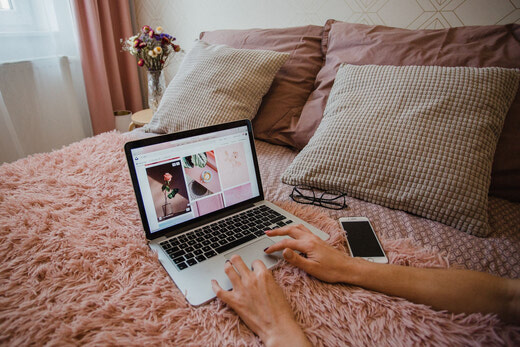 It's not here yet, but the day will come later this year when people will need to make decisions about going back into offices across Canada. Will they go?