I did two communications workshops last week in Alberta and once again noticed how one slight change in the way people talk to each other can provide extremely different results.

People who understand the conversation is "not all about them" can immediately become better communicators when they stop talking and start asking questions to take the conversation where they want it to go.

It's one of the most powerful communication techniques I know and although it's simple it can pay off with big results and even allow you to effectively influence others.

I call my communications workshop Talk Like a Leader. It gives leaders of all kinds the type of communication skills they need to be successful in their careers. They could be CEOs of large organizations, or middle managers, or even people who may not necessarily manage people, but are still seen as leaders in the workplace.

One of the first things we work on is improving listening skills. Generally speaking, people who are good listeners are good communicators. That’s because people who have the ability to listen and allow others to do the talking silently encourage others to speak. I know it doesn’t seem to make sense when you first think about it. How can somebody isn’t speaking improve communication with somebody else? It’s pretty simple – in face-to-face conversations only one person can speak at a time, if the communication is going to be effective. The person who’s a good listener actually allows the conversation from the other person to occur.

I also let people know that when they do listen they need to be active listeners. Focus on what the person is saying and don’t allow your mind to drift to everything from needing to send an email when you get back to the office, or your wife’s birthday. You’re there, you’re listening, so concentrate on what the other person is saying. You can think about that email and birthday after you’ve finished the conversation.

The workshop then moves into ways people can control conversations by asking questions. This is the next step above being a good listener and takes communication to a different level.

The effect during my workshops is fascinating. When people are doing the listening exercise, the room is fairly quiet, there’s not much laughter and certainly the energy level is low. When the start asking questions, the energy level increases and I find it difficult in many cases to get people to stop talking so the workshop can resume. The questions not only allow people to take the conversation where they want it to go, but also lead to an incredible change in engagement.

You may be wondering what kind of questions should be asked. Setting aside questions that shouldn’t be asked, such as those that are too personal or negative, the best questions are ones that allow the person to speak longer. That’s why open-ended questions are better than closed questions. “How did you feel about that”?, or “Why didn’t you do that”? are better than “”What day did it happen.” Obviously there are times when you need an ask to a specific question, however an attempt to keep questions as open as possible is always a good thing.

When you do ask questions, try to keep them are short as possible and don’t make statements. A simple question such as “Why”? is far better than asking a question, making a statement or two and finally asking the real question you wanted. Don’t forget, you are trying to allow the other person to speak and the more you take the spotlight away from them, the more they don’t get the chance to speak, making them less comfortable. A question interrupts the flow of their dialogue, so keep questions short to allow them to keep going.

There are few better ways to ask questions than to provide a visual reaction to something the other person has just said and then say something like “Wow, how did that make you feel” or, “That’s amazing, what did you do next”? Obviously this can’t happen all the time, but it really shows the other person you’re engaged and want to hear more.

If what the other person has said isn’t anything special, there’s still nothing wrong with asking short questions to get the information you want out of the conversation. You can’t benefit much from telling a story you already know, but you can learn from the other person’s story. Questions allow you to take the conversation into areas you want it to go, so you get the benefit of learning new information. Given the choice, I would rather ask somebody else to tell their story, or to get their opinion because I already know my opinion.

The workshop produces some very positive results, especially with difficult conversations, which we also tackle.

The way you communicate won’t change overnight, but the next time you talk to somebody, avoid talking about yourself (unless asked) and totally focus on the other person and their story.

Watch how quickly your conversations flow better and maybe soon somebody who you’re having a conversation with tell you how easy you are to talk to.

If you need to get in touch with me click here and I'll get back to you right away. 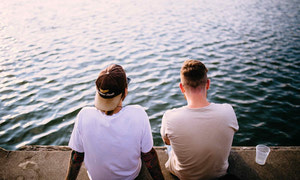 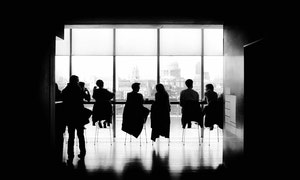 Why Difficult Conversations Don't Have to Kill You - Part 2

Before you have launch into your next difficult discussion at work, make sure you read these eight tips to make it a lot more comfortable. 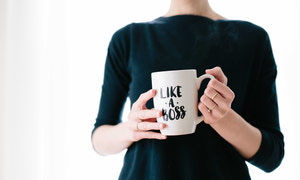 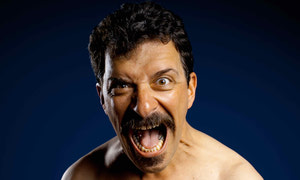 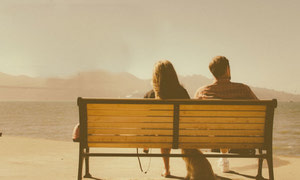