As we enter another month of life in a pandemic, we were reminded over the weekend that there are other stories out there that are impactful in different ways. Watching live coverage of the protests and riots over the last few days in the US reminded me of watching rioting in Detroit over 50 years ago. Unfortunately, not much has changed.

In Canada, we're probably in for another week of politicians and public health officials making the usual methodical updates about COVD-19 and what may happen over the coming weeks.

This will be a sharp contrast to what we saw late Friday night from the Mayor of Atlanta, who provided us with one of the most powerful news conferences ever.

Last week I was watching live television coverage of a news conference from Ontario about the pandemic and a public health official was reading a prepared statement that seemed to go on forever. I don’t know who the woman was and there was nothing wrong with what she was saying, but reading a prepared statement that goes on for several pages isn’t the most exciting thing on TV and it’s likely not the best way to communicate the information.

I suddenly realized how we’re getting conditioned to political and health officials coming into our homes every day, reading prepared statements and then answering some questions from the news media.

Case in point is Prime Minister Trudeau. Almost every morning for the past two and a half months he’s been on TV and starts by reading a prepared statement that sounds like he’s reading poetry to a bunch of first graders. There’s very little emotion and little change from day to day. He then takes questions from the media and sometimes answers them directly, but more often than not he gives what sounds like a good answer, but never answers the question.

A couple of weeks ago I wrote this blog about the way reporters are chosen to ask questions to the PM, which is where the problem begins.

I realized how boring reporting on the pandemic is getting. The same people, making the same prepared statements and then answering many of the same questions from reporters who have been there for months. Little emotion and little feeling, but in a politically correct way, making sure everything that’s said is correct and won’t offend anyone.

The local media keeps up the COVID Scorecard with new cases, deaths, recoveries etc. It’s like a never-ending baseball game.

The most important story in our lifetime has been reduced to daily box scores.

Then on Saturday morning I got up and started my day by going to Twitter to see what was happening.

There was video of the Mayor of Atlanta Keisha Lance Bottoms from a news conference held late the night before after protests turned to riots, looting and huge property damage in her city and elsewhere in the US. If you haven't seen it, take the next two and a half minutes to watch and you won't regret it.

Talk to Me, Don't Read to Me

This was one of the most powerful pieces of video I’ve ever seen, certainly one of the best cases of a politician speaking from the heart about something that obviously had touched her deeply.

There was no prepared script. No filter. If anyone was offended, it was too damn bad.

Don’t get me wrong. I’m not suggesting any politician or health official speaking about the pandemic should speak like Mayor Bottoms did. How can they? The issues they speak about are so different.

Maybe though, some of the politicians and health care officials could look at this video and see how Mayor Bottoms was speaking directly to the people in her community. They obviously aren’t going to get as emotional as she did, but perhaps they could understand the importance of speaking to people instead of reading to them.

If I had the right to determine how the Trudeau Morning Show went every day, I would suggest the media receive a news release on what he has to announce, say a half an hour before the PM arrived at the podium to speak.  If it was financial help for another segment of the population or an industry, the media could then get the story and ask the PM questions and pull clips from his answers. We don't need him reading to us.

If I was on the other end and managed a news organization, like I did many years ago, I would tell my reporters that unless there was no other video or audio to use, I would never want to hear somebody reading a prepared statement. Give me their answer to a question because it’s much more natural and provides a better connection to the viewer or listener.

My point is, people who speak to the news media should get rid of the prepared statements and talk to people more often. Keep in mind, although politicians and others at news conferences are actually speaking to reporters, their audience is the public. Their messages go through reporters to the people who vote and pay the bills.

And to Mayor Keisha Lance Bottoms, I hope we see much more from you. I would listen to anything you have to say.

A week ago today I shot a new video for the About page on my website to give people a better idea of who I am and the work I've done in the past. Thank you to Greg and Ben at Mtek Digital for the great job on the video, which is now on my website.  Check it out.

Powerful words from Mayor Keisha Lance Bottoms - thank you for sharing this as it is something everyone should listen to. If only we would learn from things like this... if only lessons were the outcome. We can hope... 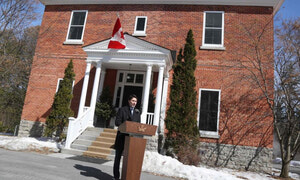 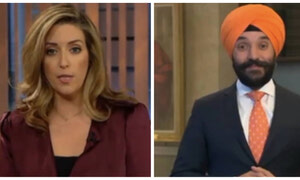 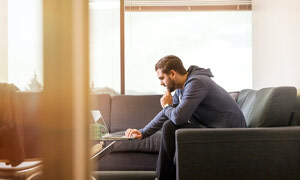 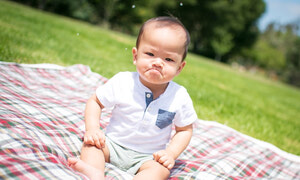