This blog isn't about how to speak to the media, communicate better, or building your brand online. It's about hotels and sports.

It's a departure from what I write about each week, but for years frustration has been building because of the lack of importance hotels and hotel lounges place on sports. You know what I mean, hotel lounges that are filled with big screen TV's. but they can't get the game you want to watch and hotel rooms that get TSN confused for the Home Shopping Network.

Last week I saw the good and the bad while staying at hotels in Calgary and it's time to say something.

I was in Calgary twice last week. Last Tuesday I did a corporate media training workshop at a client’s office and on Friday I did my keynote presentation Let’s Start Talking Again at the APEGA Conference (Engineers and Geoscientists) at the Calgary Convention Centre.

This isn’t about either presentation. It’s about the hotels I stayed at the nights before and the differences in the way hotels and bars approach what they show on television.

I travel quite a bit for work and have decided one of the biggest factors in the hotel I stay at is based on the number of sports channels they have in their guestrooms and their lounges and bars. I know sports channels would likely place far down the list for hotel amenities like a comfortable bed, quiet rooms, gyms and pools for most people.  However, for me it’s number one, followed by places I can easily charge my electronics. I’ve spent too many evenings scanning old hotel room walls looking for plug-ins to charge my laptop and phone, only to find them behind nightstands and beds. I digress.

On Monday night I was staying in a hotel near McMahon Stadium in Calgary and decided to go to the lounge, have an early dinner and watch the start of game 6 of the Washington-Carolina Stanley Cup series, which appeared to be getting pretty interesting.

This was the exchange I had to the waitress just after I walked into the room and scanned the 10 large TV’s they had spread throughout the lounge, looking for the Capitals-Hurricanes game.

Me: "Hi, I was looking for a place to sit where I could have dinner and watch the hockey game on TV".

Me: "Washington-Carolina. It’s on Sportsnet".

Waitress: "I’m going to say we don’t get that here".

Me: "But the game is on the TV in my room and I’m staying upstairs".

Waitress: "Yeah but we don’t get all the channels they have in the rooms".

I realized it was happening to me again. Hotels trying to cut costs and rather than paying for the full TSN and Sportsnet packages, which admittedly are a large upgrade in price, they go with the basic cable packages and sometimes even less than basic cable. After the waitress looked through the channels she confirmed they didn’t get the game even though it was on the main Sportsnet channel. I quickly had something to eat and went to watch the rest of the game in my room.

It reminded me of the time a few years ago that I was speaking  in Halifax and the night before my presentation I was staying downtown and went across the street to The Keg for a late dinner so I could watch the start of the Monday Night NFL game. I went to the lounge, asked if they could put the game on, but since it was on TSN 3 and 4 they didn’t get it. The Keg had decided against paying the additional charge for the full TSN service. I’m not sure how much the extra cost would be, but I do know that it’s difficult for a couple to walk out of any Keg in the country without dropping at least $100 for dinner. Just sayin’.

Hilton For the Win

Last Thursday night, I stayed ay my new favourite hotel in Calgary, The Hilton Garden Inn. It’s in the East Village, just east of the downtown core in Calgary, but close enough to walk to everything downtown.

Get this - they have all five TSN channels and all Sportsnet channels in the room. On Thursday night there were two NHL playoff games, the NFL Draft and an NBA playoff game. I could watch whatever I wanted.

I understand only having basic sports cable channels may sound like a first world problem, but when we spend money on hotels we make decisions about what’s important to us. Some people feel a comfortable bed, or the hotel’s location are the most important things and I’m ok with that. I could have stayed at a hotel closer to the Convention Centre in Calgary where I spoke, but to me that wasn’t as important as what I knew I could get at the Hilton Garden Inn.

When I get into a new hotel room I check the channels to see what’s on. I call it Sports Channel Roulette and just like the casino game I’m usually disappointed with the results. If there’s a game I want to watch, far too often I won’t get it on the hotel’s TV, or maybe the lounge, so I go somewhere else for dinner taking away revenue from the hotel. I also won’t stay there again.

Maybe it’s just me and perhaps I’m asking for too much.  On the other hand, maybe hotels should pay more for their cable bill if they really want to make some of their guests feel like they’re home.

Get my blog every Wednesday morning and save yourself the hassle of finding it. Sign up today and you'll get my free e-book too. 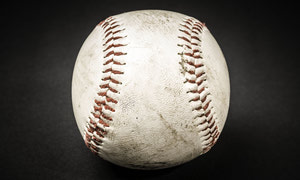 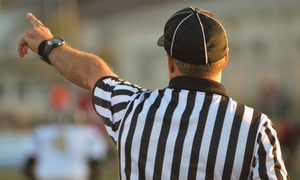 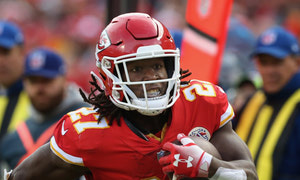 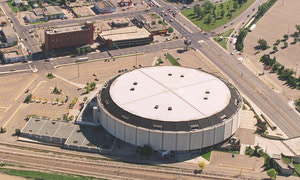 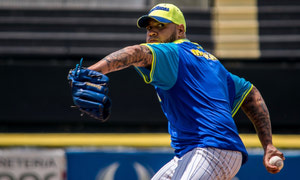