Alberta Premier Jason Kenney emerged from this past weekend's UCP Annual General Meeting with his position still intact.  However, it seemed a growing number of people were lining up to become the next party leader, almost as if his downfall has already been determined.

Kenney seemed upbeat for most of the weekend, as he ignored the elephant in the room. That wasn't the case last week though, as he got snarky with a reporter and quickly celebrated as soon as he was finished speaking.

It was an interesting news conference and perhaps more than anything else, showed the heat Kenney is facing.

It had to happen sooner or later I guess.  Premier Jason Kenney finally lost his cool last week and got catty after a question came from Calgary Sun columnist (and big Kenney booster) Rick Bell.

I’m surprised it hasn’t happened already to be honest with you. It hasn’t been easy being Jason Kenney since he was elected a couple of years ago. He faced a sputtering Alberta economy when he took over and then was slammed by COVID. That hasn’t been easy for any political leader.

Mind you, Kenney also might have made the worst decision in terms of health and safety of his citizens of any Premier in Canadian history with his ill-fated Open For Summer Plan that was announced in June and then reversed far too late several weeks later. Of course, there have been over a dozen other poor decisions, many of them self-inflicted.

Let’s get back to Rick Bell’s question. He had written a column alleging Kenney was involved in some shady backroom dealings leading up to this past weekend’s UCP Convention. Bell asked Kenney if he ever wonders at 3:00am if he should do things differently – whether the backroom moves are a symptom of something wrong with his government.

My first thought after seeing the clip last week was – It’s finally happened.  Kenney has finally got angry enough at a reporter to give a reply that makes him look really bad. Not really bad months later like his comments at the Open For Summer news conference were. Really bad right away.

Kenney looks petty by picking at Bell and what he writes about, or should be writing about. What Bell writes about is really between him, his bosses and his readers.

Mind you, Bell has been a thorn in the Premier’s side for months, at least every so often. At news conferences, Bell has consistently hit the Premier with difficult questions when times are bad. Those questions are usually proceeded by some over-the-top statements from Bell before he asks his question, which sometimes is really two or three questions.

I’m sure Kenney has wanted to snipe back at Bell several times in the past, but he kept his cool. Until last week.

I remember listening to Kenney on the final radio show of Danielle Smith this past February when she basically attacked him for his position on dealing with COVID. Kenney kept his cool and took the high road, although I’m sure Smith’s aggressiveness left him more than a little hot under the collar.

Geting back to last week's newser, it was only one media event and lord knows Kenney has been doing too many this year. I wrote about that awhile back.  One has to wonder though if we’ll look back on these comments being significant since it may have been the first time he did something like that.

I do have to mention the coughing. If he chose this question as the one to “fight back,” running into a coughing fit wasn’t good timing.

I’ve also saw a few comments on social media about Kenney coughing into his hand, instead of his sleeve. I’m sure Dr. Deena Hinshaw wasn’t impressed with his form.

The applause at the end came from Kenney aides and he flashed a little sign to them as he waited for the next question. It may as well have been a victory sign because Kenney was obviously pleased with himself for his response.

Sometimes we forget that big name politicians take pride in their media performances and how they stand their ground when certain reporters come after them.

It rarely looks good though for politicians, especially unpopular ones, to go after reporters. Kenney would have looked far better to have given a similar response and left the personal attack out of it.

One final comment. When a politician says they don’t spend any time thinking about losing their jobs, it’s bullshit. Of course they do. They’re human. I’m sure Kenney has thought about ways to stay in his job longer, so when he says he doesn’t think about the politics of the job because he’s focused on working for Albertans, it’s BS. It’s the same for any coach of a hockey team who’s in a long losing streak, or a football team’s general manager at the end of a losing season. They all think about what's written and said about them.

It’s like someone in a bad marriage. Does anyone believe they don’t think about that while they’re at work?

The outcome of the weekend convention should keep Kenney in a better mood the next time he faces tough questions from the media. 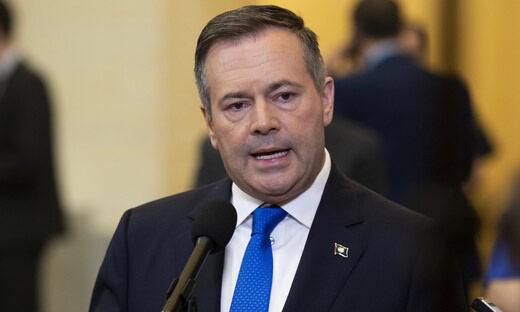 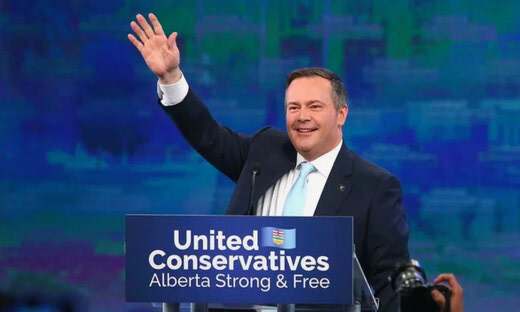