As a young man, I remember watching the TV news and when Harvey Kirck or Knowlton Nash reported something, you damn well knew it was true. These days, for a number of reasons, you really aren't sure.

One thing you never had to worry about was whether the coverage was slanted on purpose, or in other words, you didn't have to worry that Harvey or Knowlton's account of a story was biased. I wish we could get those days back.

Last weekend an opinion piece ran in the Vancouver Sun and it's left everyone wondering if it was an editorial mistake, or somebody intentionally tried to print a racist message. Spoiler alert - I think it was the latter.

Last weekend the Vancouver Sun ran an article in the Editorial Section from Calgary’s Mount Royal University Geography instructor Mark Hecht. It was basically a rant against immigration, as it lit into the “dogma of diversity, tolerance and inclusion. It praised the values of the opposite, including exclusion, in society.

It was removed from the Sun’s website late Friday, but more importantly, was published in Saturday’s print edition because it had already gone to press. Unfortunately for the Sun, the Saturday edition is by far the most-read paper of the week. The piece also remained on the website of The Province, the Sun’s Postmedia sister paper until morning.

One Sun and Province newspaper reporter after another went on social media to condemn the piece and the fact their newspaper saw fit to run it. They were horrified and embarrassed and they said so.

In a streak of really bad timing, Bianca Andreescu of Mississauga was making history in New York by winning the US Open Tennis championship and reporters were running stories about how her parents arrived here in 1994 as immigrants from Romania with everything in two suitcases.

By late afternoon, the Vancouver Sun’s Editor in Chief published an apology. He said the paper was reviewing its local workflow and editorial processes to make sure this doesn’t happen again.

A Right Turn for Postmedia

You may think that’s the end of the story. Somebody messed up, perhaps they didn’t take enough time to read their way through an article and before they knew it something embarrassing was appearing in print. Not so fast.

Last month, the Canadaland website, which does some really good journalism, published an article stating Postmedia CEO Andrew McLeod wants to take the newspaper chain much further to the right. He promoted one of the most conservative political voices at the National Post to a job overseeing federal and provincial reporting.

I encourage you to read this article because if even half of it is true, it marks the end of impartial journalism at the biggest newspaper chain in the country. It also mentions why Postmedia papers in Alberta endorsed Jason Kenney before the provincial election and I wrote about that in an earlier blog.

Now we have to make a judgment. Did the opinion piece run in the Vancouver Sun last Saturday get in there by a mistake, or was it part of a bigger plan laid down from the top? I don’t know, but the question of journalistic credibility moves right to the forefront.

Credibility is a funny thing. You have to work a long time to get it, but you can lose it much quicker. Well, here we are.

The Credibility Monster Gets Loose

As a person who was in the reporting and media business many years ago, I sympathize with reporters at Postmedia newspapers across the country. I remember having discussions with radio salespeople not happy with specific stories we ran or interviews we did. I politely reminded them it was my job to determine what news went on the air and theirs to sell air time. I usually won. Today though, Postmedia reporters are fighting a far bigger and tougher enemy.

Print journalists are working harder than ever. Just last Tuesday, Edmonton Journal reporter Dylan Short had six stories in the paper. He must have done a lot of work while most of us were enjoying a long weekend.  I’m told he actually wrote more than six stories, but not all made it into the paper.

These people work hard and really care about their work. With rare exceptions, I don’t think any have an editorial bias that shows in their work. The problem is, we only see the final product.  We don’t see how it was edited and headlines come from editors too. That alone can make a major difference in how a story is presented.

What tends to happen is, reporters get frustrated by all the politics, resign and take a 9-5 job doing media relations.  They get paid better and enjoy better benefits.  The paper fills their position with a younger, less experienced and less expensive writer and the vicious cycle continues.

With the credibility monster gets out of its cage, Postmedia will have a hard time putting it back in, but maybe it just doesn’t care. 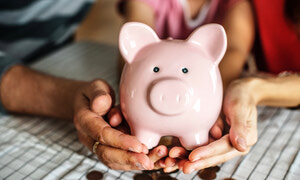 Will $600 million in government handouts result in less objective news coverage by the media outlets that take the cash?