I'm doing three media training sessions this week in different parts of Alberta, but I won't miss reading the Edmonton Journal each day, because I can do it digitally. That started me thinking this wouldn't have been the case a few years ago. Each newspaper would still get delivered at home, but I wouldn't get to read it until it was old news.

While the media in Canada has changed over the years, the bigger change is the way we can now find news and information that we want and at the times we want it.

Technology has given consumers the control over news and information, a domain previously owned by media outlets. That control will only get greater in the coming years, and may lead to a complete disruption of newspapers and TV and radio stations.

I occasionally spend time thinking about how some things are different than they used to be. Change is inevitable, but for some reason, I marvel at how certain things are different than they were 30-40 years ago.  I read in this morning's paper (see it's good to read a paper every day) that the Canadian Broadcast Standards Council basically said it's OK for broadcasters to use the "F-word" in French. I can't image anything like that would have happened 30 years ago.  Like WTF?

When it comes to the news media, I think about the changes over the years and have come to the conclusion that what we get from traditional media hasn’t changed much, but how we get it has.

Local television newscasts are an example. We used to get a noon news package in most large markets in Canada, an hour at 6pm and a package at 11 or 11:30. We still do. There’s more in the morning and news programming at 5pm, but we still get what we got 30-40 years ago and it’s delivered much the same way. For decades, we’ve turned on the TV, parked our butts in front of it and watched.

In most Canadian cites we got a newspaper tossed on our front doorstep, or available in a coin-operated box for decades and that hasn’t changed.

Radio newscasts can still be found at the top of the hour on AM stations and top and bottom during the morning and afternoon rush hours. That hasn’t changed either.

My point is, all the talk about changes in the media, reporting jobs being slashed and media takeovers, hasn’t fundamentally affected the product we receive today from what we got 40 years ago.

We Now Have Control

What has changed is the way we get our news. We have options. Lots of them.

Rather that waiting for the newspaper to land on our door, we now can go to the paper’s website to get a version of the story hours before the paperboy (do we still have paperboys?) tosses that paper on our front doorstep.

We can use an app for some media outlets to see video of the stories they’re covering on TV. We can see the same report they showed at 6pm and watch it on our phones.

Social media brings us a boatload of information every day. Much of it comes from reporters from traditional media as they use a different medium to get the news to us, or promote what they plan to carry in an upcoming newscast.

The real change in the news media is the way we can now access the news. We get it when we want it, instead of waiting for the media outlet to give it to us. Yes they still have to put it on a website, app or social media platform, but the difference is, we can go and find what we want, when we want it. We don’t have to wait for the 6pm news to find out what happened and we certainly don’t have to wait for the morning paper to find out what will be in it.

The words we get are much the same, so is the audio and video. We just get the information at different times and more than anything; we get it when we want it.

I’m tempted to think we will still have traditional media pumping stories out in the same manner 40 years from now. But maybe not.

I really wonder if there will be local news on television stations. Ratings for TV news aren't as high as a generation ago, because we can now get the news we want in different ways. Could we see a time when it becomes more lucrative for television stations to still do news, but not have newscasts at noon, 6:00 and 11:00pm? Maybe the same newsrooms would create online content that we would watch on our devices. We would choose the stories we would watch and wouldn’t necessarily have to watch them in the order the TV station now gives them to us in. Instead of doing a newscast at 6pm, the local TV station could air programming that would be less expensive to produce and provide more advertising dollars.

It’s not all that far fetched. Newspapers have been tinkering with this for years. Paywalls have seen some success, but there’s no question that papers have struggled with finding ways to make money off digital forms of their product. Maybe that won’t happen until they stop printing newspapers? Maybe older people, when given the option of a printed newspaper, will continue to take it and won’t change their ways until that option is gone.

There’s no question in my mind printed papers will be a thing of the past in less than 25 years, but that doesn’t mean good journalism can’t still exist. Once again whatever way the information is created, it needs to be delivered with the understanding that the consumer, and not the media outlet, will decide when they can access it. If you want to watch a form of a television newscast at 3am, you will be able to and it really won’t matter if there’s no longer an actual newscast on TV.

Here’s one more thing to wrap our heads around. Maybe the eventual end product is a hybrid of what’s currently done in newspapers and on TV and radio? If TV stations only create content for online use, and newspapers do the same, they would deliver similar products online because there would be no television newscasts and no printed newspapers. Rather than competing, could they work together to produce one great online news product?

If this happens, is there a need for traditional TV stations to be in the news business at all? The same could be said of newspapers, but I would expect they will always be around in some form. However, do will we really need news on TV, or on the radio for that matter?

The bigger question is, in a few decades from now, what will “online” look like? It currently consists of websites, apps and social media, but it may be something different then.

You see, when we spend time thinking about how much things change, it’s easier to dream about what things might be like in the future. 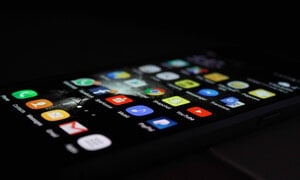 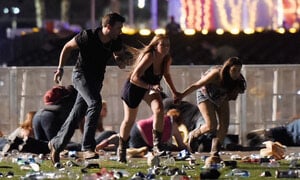