I saw something on a news website a few days ago about the 50th anniversary of the Apollo 11 mission, where man landed on the moon for the first time.  I thought "That can't be right, it can't be that long. I remember that."

Some quick math in my head a few seconds later told me that yes indeed, the 50th anniversary of man landing on the moon will be coming up later this month.  How time flies.

It got me thinking about where I was and what I was doing in the summer of 1969.

When you’re a kid in the summer of ’69 you never think about looking back on it 50 years later, but that was a pretty special summer.

Not only did man land on the moon, but Woodstock took place the following month and in between the Manson murders occurred. All three events happened within about three weeks.

Growing up on the northside of Edmonton, my memories were much simpler. Like all my friends, we listened to the radio a lot, especially the top 40 station 630 CHED. That summer we listened to songs like Get Back by The Beatles, Honky Tonk Women by the Rolling Stones, Bad Mon Rising by CCR, In the Year 2525 by Zagar and Evans, and Crystal Blue Persuasion by Tommy James and the Shondells.

I remember recording songs I liked on a cassette recorder by putting a microphone next to the radio. For songs I really liked though, I bought the “45” from Woodward’s or Zellers downtown on 101 Street.

Everyone listened to AM radio. I don’t even think we had FM, and those days were light years ahead of satellite radio. Our favourite announcer at CHED was morning man Wes Montgomery. He was great. He never sounded like an announcer and had all sorts of weird and wonderful co-stars like the Waltzing Weather Hog and non-stop jokes and one liners. His show always seemed like it was teetering on the edge of a road and ready to plunge into a cliff, and on many days it likely was.

In the summer of 1969 I never dreamt I would ever work with Wes, but a little over a decade later my third job in radio took me to CKRA in Edmonton, a few years before it became 96 K-Lite. Wes was morning man there, so it was a thrill for me to work with a legend. Times had changed though and so had Wes. I only worked with him for a few weeks before he departed with health issues and never returned to the station. He got his radio career back on track and spent 12 years as morning man of CFCW before passing away.

There was nobody on radio in Edmonton like Wes at the time and there hasn't been since.

The only time my friends and I would change channels was to move up the dial to CJCA to listen to Bryan Hall do the sports, horse race results, or an Edmonton Eskimos football game.

It’s amazing to think that Hall had already been at CJCA and did Eskimos games for several years before the summer of ’69 and remarkably he’s still on the air. In the mid 90’s, CJCA closed and moved over to CHED. Hall went along and he’s still going strong.

I grew up about three blocks north of Clarke Stadium where the Eskimos played and watched many games in the Woodward’s Knothole Gang for 25 cents. When the Eskimos played on Sunday afternoons, it seemed everyone in Edmonton was either at the stadium or listened to Hall do the game on the radio.  The stores were closed on Sundays in those days and there was far less to do, so Eskimo games drew massive audiences on radio.

Bryan Hall may be the biggest star in the history of Edmonton radio. After all, his career in in the city has spanned four generations.

As far as the Apollo 11 landing, I remember that day in 1969 when man landed on the moon and we got grainy pictures back from the lunar surface as Neil Armstrong and Buzz Aldrin went for a stroll.

My most vivid memory was looking up at the moon, on a rainy Sunday night, and realizing there actually were people on it. Days later, I also remember thinking what an incredible feat it was to fly up there, detach a space capsule, lower it to the moon’s surface, conduct experiments and then have Michael Collins circle the moon several times, drop down to pick up the capsule and fly home. How in the hell did they do that I wondered?

It would be like my Dad dropping me off in from of Woodward’s, and I would run in to pick up Knothole Gang tickets and then run back out to the street where he would pick me up after circling the block. Sort of.

Finally, most of us know the first words spoken on the moon by Armstrong were “That’s one small step for man, one giant leap for mankind.” But do you know what he said right after that? It’s one of the great trivia questions of all time.  The answer is “The surface is fine and powdery.”

Now there’s something you can impress your friends with in a week and a half when we hit the 50th anniversary.

There will be no blog next week (that's why I'm writing about the 50th anniversary now), but I'll be back with my next blog on July 24th.

Oh I so remember the grainy pictures of Neil Armstrong and those infamous words!
I was so amazed and I can still here Walter Cronkite tell us all about it!
The Knothole Gang, such fun times!
Wes Montgomery was a character! When my grandfather was CHED guy of the day on his 90th birthday, Wes told a few stories about him. I had not known Wes knew him from when my grandfather worked at at the Y. I actually changed radio stations so I could wake up with Wes.
Thanks for the trip down memory lane! Cousin!
Joni

I’ve got a memory of Wes Montgomery you might appreciate, Grant. At some point in the mid 70’s we were living in Edson - listened to Wes on whatever radio station he was with every morning. We had been in Edmonton the night before at a club east of 82 Ave where Chubby Checker had been playing. We’d seen Wes at the club that night. The next morning he played “I’m Walkin’” and then announced he liked it so much he was going to play it again. After the third or forth run, he said well I might get fired for this but I’m playing it again! It was a great start with much laughter that day!
Regards, Angie LaBerge

Thanks a great story Angie. I remember when he used to do stuff like that. The club may have been The Point After, one of his favourite hangouts.

This blog sure brought back a lot of memories - thanks. 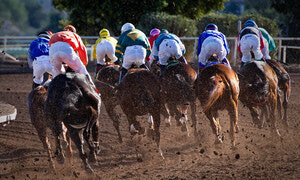