What Has Tim Hortons Done?

I don't often write about advertising, although like most people, I think about the ads I see on TV and wonder why a certain marketing approach was taken. There is an ad however, that I need to blog about.

You might have seen it. It's for Tim Hortons and the ad basically admits that it messed up, not once, but twice, when trying to produce a new dark roast coffee.

Some critics would even say that the ad basically admits that Tims was lying to us when it had people sample the coffee and talk about how great it was. Maybe honesty is a good thing though.

I don’t know if you have seen the commercial. If not, here it is. It’s called the Boldest Dark Roast Comeback Ever.

What did I just watch here? One of Canada’s most iconic brands is basically paying millions of dollars to produce and run a commercial that is telling its customers they’ve been lied to.

In 2014 and again in 2017, Tim Hortons ran a series of ads touting the taste of its new dark roast coffee. Those ads had people, who looked like you and I, telling us how great each version of the dark roast tasted.

I remember those ads that Tims ran. One painted a Tim Hortons black and had customers walking in to a dark restaurant to illustrate the dark roast point. Of course, those customers (all paid actors) raved about how great the new dark roast coffee was. It apparently wasn't.

Here we are in 2021 and Tim Hortons is actually telling us what they told us was so good in 2014 and 2017 was really crap. Is that what’s happening here?

It’s a little hard to take a company seriously with an ad like this. In three or four years, it could run another ad telling us what we were told in 2021 wasn’t true either. “Just try our 2025 dark roast coffee. It’s really, really good. Seriously.”

I understand the fine line Tims is trying to walk. It sees a coffee brand like Starbucks holding onto the premium title. It also feels increased competition from McDonalds and A & W, who also have their premium or dark roast offerings.

Coffee is a big part of the multi-billion dollar fast food market in Canada. If you can get customers drinking your coffee, chances are they’re also buying your donuts, sandwiches, burgers and everything else from cookies to salads. That's why coffee has become so important.

20 years ago, I remember sitting on a plane next to a guy who owned several McDonald’s franchises. I remember his exact words. He told me “Tim Hortons is kicking our ass.” He said McDonalds had lost the morning battle to Tims and it was beginning to lose the lunch crowd too, as Tim’s brought out soup and sandwiches, seen as healthier alternatives than burgers.

That was then and this is now. Things have changed and I’m not sure anyone has been hit harder by the pandemic than Tims. After all, with so many people now working at home, those once long lineups at the drive through have almost disappeared. Maybe Tim’s needed to try something really “Bold.”

As I thought more about the commercial, my mind went in a different direction.

Maybe it is good that Tims is being honest? It’s refreshing for a big company to say that it messed up. Behind the scenes, the people in the big offices at Tim Hortons know what they tried with dark roast in 2014 and 2017 didn’t work. They’re admitting it and I like it. I like honesty, if that’s what it is.

I can imagine a lot of time and expense went into the decision by Tims to create an ad like this. It’s a huge risk to basically tell your customers that you screwed up. Maybe not in 2014, because Tims may really have liked the dark roast it created. But when you come up with a new version a few years later and try to push it as the next big thing, that’s a bit rich. It's even richer doing the same thing now (no pun intended).

Telling your customers now what you produced for them actually wasn’t very good takes a lot of guts and I’m kind of glad Tims is coming clean.

I’ve been drinking Tim Hortons coffee for many years. It’s my favourite. I don’t need a dark roast to keep me happy. Maybe I’m in the minority. I’m pretty sure the people making the big bucks running the place know a lot more about coffee than I do.

Maybe I will try this dark roast stuff to see what I’m missing. After all, it’s supposed to be a lot better than the first two versions right?

I had to include this thought. A year ago this week I was speaking at a conference in the Vancouver area, right next to the Abbotsford airport. The coronavirus was being talked about in the news at the time. I was the closing speaker for the day and when I was done, we did a panel question and answer session with the audience. There were three or four other speakers and we each sat on stools next to one another and passed a handheld microphone back and forth. We all touched the same microphone and spoke into it.

Nobody got COVID, but when I look back on it, it's amazing to think about how much has changed.

It was a year that most of us would rather forget, but none of us will be able to. Here are my Top 10 blogs from 2020. 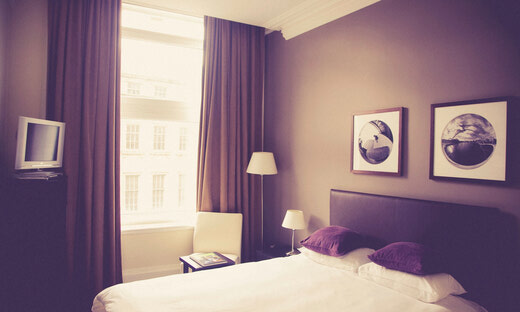 Hotels and the Sports Network Blues
Wednesday, May 1, 2019

Forget about comfy beds and soft towels. When I pick a hotel to stay at, I want every sports channel I can get.