I've done media training for thousands of people over the years and one of the things I tell the people I work with is, you won't watch TV news the same way again.  I let them know they'll be more judgmental and critical of what people are saying to reporters. I know, because that's the way I am.

Watching Brett Kavanaugh's appearance before a US Senate Committee last week was much the same. Each time he answered a question I asked myself if that's what his response should have been.  I'm sure many others did the same, even without media training.

It turns out, doing media training for years and consulting for people in tight situations with the media is a blessing and a curse. While I believe I have a better handle on what people should be saying, I'm also pretty critical, and with Kavanaugh there was a lot of be critical about.

The Importance of Being Honest

I watched parts of the Brett Kavanaugh confirmation hearing with interest last week.

The hearings had it all – heroes and villains among the senators (depending on your political position) and the stars of the show, Judge Brett Kavanaugh and his accuser Dr. Christine Blasey Ford. There was even a plot twist when Senator Jeff Flake turned from villain to hero, in the minds of many.

When I do media training I tell people that rule number one is being honest. If you lie, the media will likely figure it out and then you’ll be in even bigger trouble, so don’t it. However, you then need to find a way to answer questions from reporters without lying but still answering the question. It’s complicated.

I don’t think Kavanaugh did either. I’m not going to get into speculating what he said was true or false, but this article from The Intercept told that story quite well I thought.

Don't Question the Question, Answer It

I also tell people when they’re doing media interviews, it’s their job to answer the question, not to question the question. Kavanaugh didn’t seem to get that memo from the people working with him.

More shockingly was this exchange with Senator Amy Knobuchar about his drinking.  Or was it about her drinking?

That was awkward. Kavanaugh later apologized, likely because people around him told him how stupid he looked, during a break that followed that exchange.

The point is, you rarely look good when you challenge a reporter’s question during a media interview and Kavanaugh learned that too. I tell people to answer questions from reporters and never to ask a reporter a question. It’s confrontational. If a reporter asks a question, regardless of how personal it may seem, never try to turn around the question and ask the reporter the same thing. The reporter isn’t the one being interviewed, you are.

I’ve also seen people tell the reporter how much they didn’t like the reporter’s question. “That’s a pretty stupid question to ask” isn’t a response anyone being interviewed should use. While it may make you feel better, it never looks good. In addition, reporters and their technical people, such as editors, always have the final word.

Here’s something else that’s important too when it comes to answering questions. Start with your answer to the question and then do the explaining. I’ve seen people with a habit of backing into their answer and the longer they speak, the person who asked the question gets more suspicious that the person is being evasive.  By the time they give their answer at the end of their statement, it’s too late. Lead with the answer and then explain why.

Kavanaugh’s anger was evident during much of the day. That wasn’t a good look either and was emphasized when Matt Damon played Kavanaugh during the cold opening on Saturday Night Live this past weekend. It was hilarious.

Emotions, like joy and anger, and everything in between are normally pretty dicey when it comes to the court of public opinion. In some cases, the media will say that somebody was “passionate” and it can be seen as being positive. Generally though, when the media uses that passionate term for somebody I always think it’s a polite way of saying the person is somebody who can’t control their emotions. “He’s passionate” is really code for “He looks ready to lose it.”

If it’s a football player it may not be so bad, but I don’t think a person nominated for the Supreme Court needs to show that much emotion and anger. It wasn’t a good look. 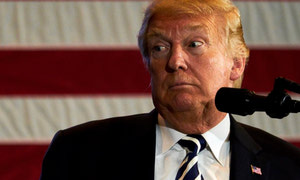 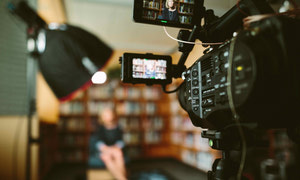 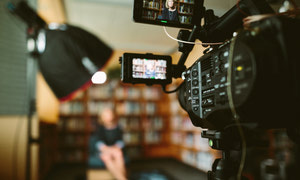 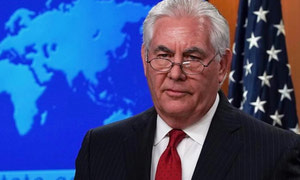