We see them on television almost every day - Prime Minister Trudeau and Canada's Premiers talking about the coronavirus pandemic. They normally are providing an update on the virus.  Sometimes they have good news to share, but most often there are more deaths and illnesses to talk about.

On some occasions, they really don't have much new to report, but they're still making an announcement and answering questions from the news media.

They're in a tough spot. If they appear in the media too much they look like they're seeking attention, but if they're not in the public eye, many people will think they're not working hard enough.

Last Tuesday night, Alberta Premier Jason Kenney made a televised address. He talked about what the models were telling his government about the coronavirus pandemic in Alberta. There had been criticism of the federal government for not doing the same thing, and as provinces started to unveil their models, Kenney wanted to keep ahead of the game by being transparent with Albertans.

The address had been recorded earlier in the day and Kenney was excellent. He hit all the right notes. He laid the important numbers on the table, told Albertans they face an incredible fight, especially economically because world oil prices are so low, but ended on an optimistic note, saying the province and its people will overcome.

It was just the right length of time. He made his points, looked to be in full control, didn’t stumble, and had just the right amount of information. He received very positive feedback, including from me.

Less than 24 hours later, he appeared at a media conference with the CEO of Alberta Health Services Verna Yiu and the face of the pandemic in Alberta Dr. Deena Hinshaw, the Chief Medical Officer of Health.

It was a much different story this time. Kenney went on for over an hour, using a PowerPoint-type presentation to talk about Alberta’s health care system during the pandemic. He stumbled and bumbled and some of it was painful to watch.

We’ve all sat in an audience when a speaker went on way too long didn’t understand that “less is more” makes incredible sense. That’s what this was.

Why were the two presentations so different?

There were several factors, not the least of which was, the first one was recorded and was likely edited in several places. Kenney was reading from a teleprompter, which is much easier than using prepared notes on paper, once you get the hang of it.

As a speaker, I’ve learned any time you use new material, you should spend as much time as you possibly can reviewing it and practicing your delivery before hitting the stage. This is especially important if you’re not totally knowledgeable of the subject matter and if there’s a lot of information. I think we can all agree that any Premier likely knows a lot about health care, but isn’t an expert on the topic. It’s also only common sense that when you have more information to pass along, more problems can occur, simply because of the sheer volume of information you need to wade through.

Here’s another factor that most people don’t understand. I don’t care how good of a speaker you are, when you have a presentation to make, you need to practice. I do it all the time. I’m pretty sure Premier Kenney didn’t have the necessary practice time before launching into that presentation last Wednesday. He’s a busy guy, especially these days. A presentation like that should have required hours of practice.

Who knows, he may have got halfway through the media conference and wished he hadn’t decided to be a part of it?

My Advice for Political Leaders

The question then becomes, why does a politician take on such a task? He had health care experts like Viu and Hinshaw who could have taken on more of the presentation. Many people on social media complained that Kenney should let the experts do the talking about the details and quite frankly, they were right.

We’ve seen a trend towards politicians grabbing more of the media spotlight during crisis situations over the years. It’s a trend that started in the US and seems to have moved to Canada.  Years ago, after a mass shooting in the US, the main spokesperson seemed to be the Police Chief. Now it’s the Governor. When there was a major tornado, we would normally see the head of disaster services. Now it’s a Mayor.

Politicians have to walk a tightrope during a crisis. How much facetime in the media is too much? How much is too little?

My advice for politicians is to remember that less is more. They need to show they’re in control by appearing at media events they need to be at. That doesn’t mean every one, or every day. Bring the experts to do the heavy lifting for you and stay out of their way. The media will almost always go easier on the bureaucrats than the politicians anyway. Politicians can look much better by giving others the limelight and being a cheerleader. It’s a signal to the electorate they’re leading a strong team.

Why not use some of the extra time you have to learn a new skill to make sure you're better than ever when business gets back to whatever the new normal is? My Online Media Coaching teaches you how to be an effective media spokesperson and you can learn from home.

Excellent post, as always. My advice has always been to let the experts speak to the situation and politicians speak to policy. I'm also finding it troubling that the Alberta government has been pre-empting the CMOH updates with policy announcements, and then providing the updates that she would normally make. I personally believe political announcements should be separate from the CMOH updates. I appreciate that arranging press conferences is a challenge in this trying times, but we can do this remotely as well. I also feel like some of the politicians are feeling a little left out and are looking for their own soundbites rather than leaving it for Dr. Hinshaw. Just my two cents. Thanks for your post, Grant!

You're most welcome. You make some very good points.

Doing them at the same time works well for the media because they get a ton of info and don't have to move from place to place. However, there's no reason the political announcements couldn't be made before or after the health updates. Biggest problem is when Kenney steals (not literally) Hinshaw's numbers. I always find it awkward.

I agree - just because you are the leader does not mean you are the expert. A good leader knows when to step back and allow those who are experts to take the "lead." Getting one's nose out of joint because of popularity is not a sign of a good leader - it is a sign of weakness and most people can see that immediately in how one acts. Front and center is not always necessary. Love Emma Graney's question to the premier!
Linda

I think there is more at work here than lack of practice. The first is that as Premier (or Prime Minister etc.), those in this situation want to be seen and perceived as being leaders so they intentionally take the podium in order to demonstrate that. In doing so they fail to recognize that being a real leader means recognizing that there are others more capable in some areas than they are and ceding the podium to those experts and providing credit where it is due instead of trying to reserve it for themselves. If you want to step into the limelight, you should know that the limelight does a much better job emphasizing flaws than covering them up.

I agree ken. Premiers are the top elected official in each province and I think they feel the obligation to speak too often and for too long. It takes a fine balance between not enough and too much.

It has resulted in Kenney and Hinshaw often sharing the same information when they are at media conferences together. 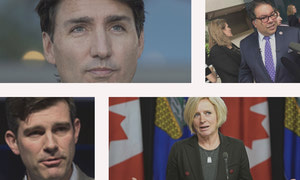 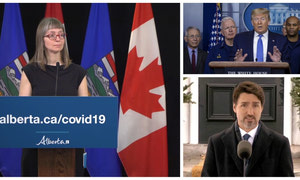 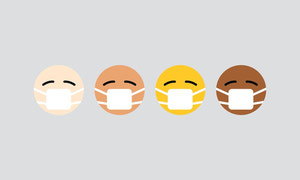 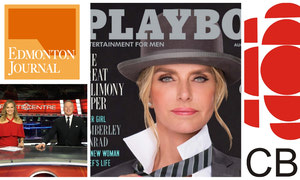 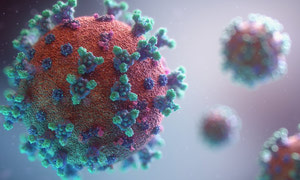