Why CEOs Still Mess Up In the Media

I've worked with a countless number of CEOs and business leaders over the last decade and almost all have been great to work with during media and communication training sessions.

That's why I'm mystified when a big-name CEO says something stupid in the media, that can often result in him disappearing from the public spotlight in shame. Why is it I wonder that these business leaders can't answer some simple questions from the media properly?

I've given that question some thought and the answer may surprise you.

Earlier this month, John Schnatter, the founder and public face of pizza chain Papa John’s resigned as company Chairman after it was revealed he used the N-word during a conference call in May. Ironically, the offending word came during a media training session that was arranged after he stepped into it last fall, when he blamed slumping Papa John pizza sales on the NFL’s inability to resolve issues related to national anthem protests. It was a classic "how does this affect me" comment.

Talk about jumping from the frying pan into the fire. There’s likely a pizza reference here, but I’ll pass on that. Regardless, despite Schnatter’s attempts, it looks like he’ll never appear as the face of the pizza franchise anymore, as Papa John’s puts him out to pasture. You can argue all you want about the unfairness of Schnatter losing control of his company because of using a single word, but I like to look at reality not what should happen. Reality for him doesn’t look good.

In November of 2013, much the same happened to Chip Wilson, the founder and former majority owner of Lululemon. After a host of complaints came from customers about the fabric for its yoga pants suddenly being too sheer, Wilson misspoke when he did an interview on Bloomberg TV and blamed the size of women’s thighs for the problem. He famously charged “It’s more really about the rubbing through the thighs, how much pressure is there over a period of time, how much they use it.”

It wasn’t the first time he has said something he shouldn’t have in the media. He was replaced as CEO not long after the Bloomberg TV interview, and within months, he sold all his remaining shares in Lululemon and was out of the company he founded with his wife and had built into a world powerhouse in leisure and workout wear.

In the summer of 2010, Tony Hayward, the Chairman of British Petroleum, who made $5 million a year, complained “I’d like my life back” during the aftermath of the Deepwater Horizon explosion and oil spill. It wasn’t the right time to get personal during a media interview, especially since 11 men lost their lives in the explosion that had occurred a few weeks before.

Hayward was replaced not long after at BP and has quietly drifted out of sight, even though he used to run one of the biggest companies in the world.

I use these stories when I do media training to illustrate the importance of leaders saying the right thing during media interviews. As I tell training participants, when you lead a big company and are the public face of the organization, the stakes are even bigger. One misstep can lead to top level CEOs ending up in corporate graveyards.

People sometimes reply that President Donald Trump makes stupid statements all the time and he’s still employed. My response is always the same – Trump is a special case, so comparisons can’t be made. In addition, there’s a difference between politicians and corporate leaders. Political leaders are sometimes given a pass when they make dumb statements because, quite frankly, comments like that are just part of politics. They’ll also have supporters regardless of what they say, because that’s part of the political system.

Corporate leaders and those who lead high profile associations and similar not-for-profits don’t have those advantages. The reality is, they’re expected to say the right thing when the chips are down, so when they say something racist or offensive, it’s going to get widely reported because either they, or their companies are often in the news.

Why Does It Happen?

The question remains, why do really successful, wealthy businesspeople like the three I’ve just mentioned find ways to make incredibly stupid statements? After all, I’m sure all three (and many others who have got in trouble with the media) have made a countless number of smart business decisions that put millions of dollars into the pockets of themselves and their shareholders. Why would Papa John use the N-word during media training? Why would Chip Wilson blame the thighs of his Lululemon customers and why would Tony Hayward suddenly get petty and long for “his life back”?

I think there are a few reasons, beginning with these business leaders taking their eye off the ball for just long enough to make a mistake. Perhaps they felt talking to the media, or doing a media exercise, wasn’t nearly as important as their day-to-day decisions. As a result, they didn’t take the interview seriously and didn’t prepare properly for it. Maybe they figured it wasn’t worth their time to get ready. After all, it was just a media interview. What could go wrong?

Perhaps some arrogance creeps in? When you’re a multi-millionaire it’s easy to think you can say and do what you want, until you’re reminded that’s not the case.

These three cases, and many others, clearly illustrate today’s business leaders need to be on their game when they speak to the media. It may not seem fair that one or two missteps can cause so much career damage, but you can’t change reality. Some people would argue it’s also not fair that CEO’s are paid as much as they are for what they do, so fairness isn’t what’s at issue here.

Saying the right thing, at the right time to the news media is especially important for business leaders today. There are career graveyards filled with former corporate leaders and being a billionaire doesn’t seem to matter when you say something stupid.

I’m now booking for the fall. Drop me a line through my website and we’ll talk. 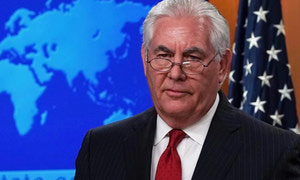 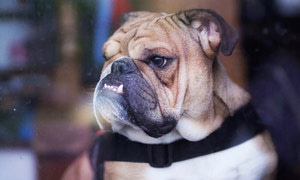 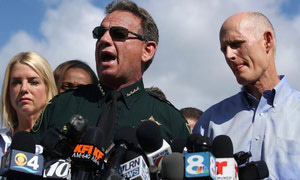