Why Donald Trump Doesn’t Need Media Training (but you might)

I did a media training session for an Alberta association in Edmonton last Thursday, two days after the surprising US election result. The name Donald Trump came up a couple of times and somebody remarked “Now there’s a guy who really needs media training.”

The group chuckled and I did too, but in reality, Donald Trump’s brand is so huge (to borrow a word he always uses) that when he said stupid things in the media it didn’t hurt him. People expect it. The election results clearly showed that millions of people weren’t as concerned about Trump had said than most media observers like reporters and commentators.

So what is it that allows some people to get away with saying terrible things in the media, but not others?

Last January, as the Republican electoral process was just starting to heat up, Trump told a campaign rally in Iowa “I could stand in the middle of Fifth Avenue and shoot someone and not lose voters.”  There was the expected criticism from mainstream media and head shaking from people who heard it, but looking back on it, he may have been right.

History has taught us that there are politicians that can do and say things that others can’t. Take the case of the late Toronto Mayor Rob Ford. It doesn’t seem possible to think that anyone could win an election for Mayor in one of North America’s largest cities after being caught on video smoking crack and also being recorded saying some terrible things about racial minorities and other politicians. However, when he was forced to withdraw from the race for Mayor because of cancer, he had as good of a chance of winning as anyone, including John Tory who eventually became Toronto’s Mayor.

In Alberta, it was Ralph Klein who seemed to have very little ever stick to him. Name another politician who could stop in a beer parlour of a rundown Calgary hotel to talk to the folks there and the routine visits wouldn’t hurt his reputation? If anything, those chats helped Ralph’s popularity.

So why is it that some politicians can get away with saying terrible things in the media, or getting caught on camera at the most embarrassing times? If the answer was clear every politician would bottle it.

I don’t think the answer is an easy one, but what I do believe is there are politicians who can get away with almost anything and still get elected if they have a certain charm, charisma, or special something that others don’t have. From the start of the race for the Republican nomination it seemed Trump had it and nobody else did. Part of it seems to lie in the ability of politicians to tell it like it is – to say things that people want to hear and to do with without a filter or political correctness. That sounds like Donald Trump to me. It wouldn’t work for everyone, but it certainly worked for him.

I know there are people who will say he only won because it was a protest vote by the middle class who thought they have been forgotten, or because rural areas and smaller cities wanted to have a say, or because of racism in America, or because the Republicans got their vote out and the Democrats didn’t, or because voters really didn’t like Hillary, or perhaps it was because people were tired of the Democrats not getting anything done.

All those suggestions may be right, but Trump’s victory wouldn’t have happened if his brand wasn’t so strong that it could withstand some of the bumps in the road, including his “Grab them by the pussy” comment on the leaked audio tape from over a decade ago. It was certainly an embarrassment for Trump and for any other politician in his position it would have killed his electoral chances, but Trump.

While his opponents and media critics wondered aloud how anyone, especially a woman could vote for Trump after hearing those comments and the stories of women who came forward saying he sexually assaulted them, he emerged unscathed and won the election. Women did vote for him and it was all because of the Trump brand. That brand includes sexist and sometimes racist comments, but it’s what people have come to accept and for whatever reason they’re ok with it. Don’t ask me to explain why it works for him and not others.

Remember Chip Wilson, the founder and former owner of Lululemon? He went on Bloomberg TV to talk about the sheer fabric and pilling problems that Lululemon garments were having a few years ago. He blamed the larger bodies of some of his customers for the problems when he said “It’s all about rubbing through the thighs, how much pressure is there.” Not a wise move to blame your customer, especially since the vast majority of your products are sold to women. Wilson was replaced as CEO a matter of weeks later, eventually all his shares were bought and he no longer has anything to do with the company. I wonder if things would have been different if he had answered that question differently?

Then there’s the story about Tony Hayward, former CEO of BP (British Petroleum). Weeks into the Deepwater Horizon crisis and as oil continued to spew into the Gulf of Mexico he got off message when talking to a reporter. He paused during the middle of a comment and said “You know, nobody wants this over more than I do. I’d like my life back.” It didn’t help that reporters caught him going sailing a few days later. In a matter of weeks he got his life back, as he was replaced as CEO, a job that paid him $5 million a year.

You can certainly argue anything ever said by Chip Wilson or Tony Hayward was nowhere near as bad as many things Donald Trump has said, but they were let go and Trump will be President on January 20th.

This is why people in business, the association world and government still need media training. While Trump doesn’t need it, you still likely do if you’re in one of these fields.

Give the Devil His Due

I’m not defending Trump. Anyone who has read this blog in the last few weeks certainly wouldn’t reach that conclusion. What I am saying is that certain people in different walks of public life, can get away with making stupid and insensitive comments more than others. Why some politicians crash and burn for a couple of stupid statements in the media, while others don’t is beyond me, but it’s clear the brand is hugely important, or as Trump once called it “bigly.”

Political commentators need to take a step back and realize that just because any politician says things that don’t seem to make sense, are inflammatory, or are lies, it’s how those comments are received by the electorate that makes the difference and not the comments themselves. Brand can make a huge difference in how they’re received and maybe Trump should get some credit for understanding how the game works. 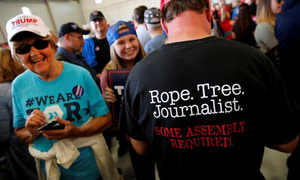 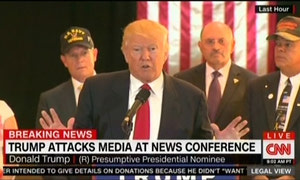 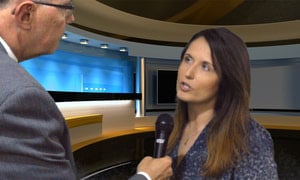