Over a decade ago, I was at the Bellis Fair Mall in Bellingham, Washington with my family, which is about a half an hour drive from my in-laws place in the White Rock, BC area. I was with our youngest daughter Emily when we walked into Dick's Sporting Goods, where we were more than a little surprised to see a long counter, filled with guns of all kinds behind it. It seemed so different from what we were used to in Canada.

Three weeks ago today, we were shocked by yet another school shooting in the United States, but just this week the Florida senate voted narrowly in favour of changes to restrict guns sales.  There are been other signs of change. Maybe the tide is turning.

I don't think any of this would be possible without high school students speaking out and social media allowing their voices to be heard. The question remains whether young people and social media can bring meaningful change to gun laws in the US.

Too Many School Shootings

I was shocked when I read the other day that 290 school shootings have taken place in the United States between the Sandy Hook Elementary School tragedy in 2013 and the shooting on Valentine's Day at the high school in Parkland, Florida.

Time magazine examined that number and found that it was actually only 63 school shootings during that time. Only.

It used the following criteria: At least one victim was injured or killed, either the shooter at least one of the victims was a student or teacher, the attack occurred on school property, including the parking lot, and injuries counted only if they resulted from gunfire and not the ensuing chaos. Whatever definition you use, the number of school shootings in the United States is far too high.

There was something different however, that followed the shooting in Parkland three weeks ago. Perhaps it was because of the Las Vegas shooting last October, or the nightclub shooting in Orlando, or maybe it was just time that somebody stood up and said this has to stop. This time it happened.

It was students at the Stoneman Douglas High School that made sure their voices were heard. They told their stories to traditional media and also through social media. If there's anybody who knows how to use social media, it's school kids and the young people from the high school in Parkland certainly used it well to make their voice heard.  It was like a huge megaphone.

It was interesting to watch the reaction from the National Rifle Association (NRA). The NRA understands that when a major shooting like this occurs it's best to sit back and not say anything, however once it realized the traction the young people were getting in social media and traditional media, the NRA jumped in a couple of days later to, as it put it, “to defend the rights of law abiding citizens.” It also reminded people the NRA needs help fighting the “socialist wave.”

Something was different though. Maybe young people will lead the fight to changes being made to gun laws in the US. We haven't heard much in the last week or so, but a march is planned on Washington for March 24 and we’ll hear a lot more then. The bottom line is, gun control is being discussed in the US and that hasn’t happened in earnest since Sandy Hook.

Let's not forget many of these kids will be able to vote in the 2020 election in the US and it will be interesting to see if they can keep up the pressure and whether gun control will be a major issue at that time.

It's Not Good For Business

Something else that I thought was very interesting was the way that social media attacked the bottom lines of the NRA and gun business.

Within a few days of the shooting, it was determined that the NRA had several sponsorship agreements with companies like Avis and Delta Airlines. These partnership agreements are not unique for the NRA. Many associations in Canada and the US have them and they work out to be a win-win situation for both the association and the business partner.

What this case clearly showed is the connection between the association and its business partner and if the brand of the association is critically damaged, like we saw with the NRA, virtually everyone will bail.

That’s something that wouldn’t have happened a generation ago. Before the explosion of social media, if somebody wanted to raise the issue of sponsorships with the NRA they would have circulated a petition and tried to get some coverage by traditional media of what they were doing. Most petition campaigns end with a whimper more than a bang. Social media has changed that. These companies felt the heat through social media and within 48 hours, almost all had backed away from long-standing agreements with the NRA. Social media has put stories like this on fast forward.

Getting Hit By the Shrapnel

We also saw other companies stepping forward to make a statement. Dick’s Sporting Goods, which is a major retailer in the US, announced it would no longer be selling automatic weapons, along with several other changes in the way it sells guns. Wal-Mart in the US also said it will no longer sell guns or ammo to anyone under the year age of 21. I find it amazing that Wal-Mart stores in the States do sell guns. As somebody who goes to the Wal-Mart in my area occasionally for groceries, I can't imagine picking up some milk, eggs, bread and an AR -15.

Canadian companies like MEC (Mountain Equipment Co-op) and the Running Room had to make difficult decisions when they were pressed on social media because products they sold were made by gun manufacturers who were only trying to expand their outdoor product line by making items like binoculars and vests. I’m sure they were reluctant to make changes with long-term suppliers, not to mention the hit their bottom lines will take.

As a Canadian, I hesitate to get involved in speaking about gun control because it's an American issue. I wouldn’t want Americans commenting on issues in Canada, but I do know that social media is having an impact on this issue and that impact will only grow.

I wonder if we will be looking back on gun control legislation in the US 20 years from now and analyzing what happened to finally bring some changes? Right now, I’d be betting on the impact of social media. 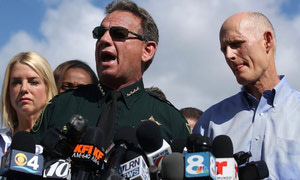 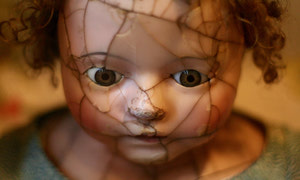 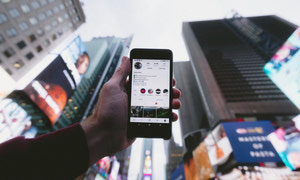 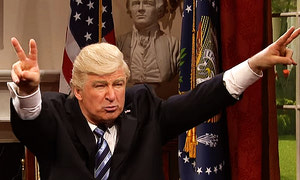