Why Your Phone May be Holding You Back

Every Sunday morning, Apple sends a message to tell me how much I used my phone on a daily basis in the last week. Sometimes I look at it, but most often I don't. I know the news won't be good.

I normally am around the four-hour mark per day. That number seems high to me, although the time includes reading an online newspaper each morning.  I can't be on it that much can I?  Each week the number is about the same.  Am I addicted to my phone?

Staring at Your Phone

A few weeks ago, I spoke at a conference in Victoria and as I was walking past the departure gates at the airport in Vancouver I noticed what appeared to be a family of four sitting together at a table. It looked like a mother and father with two teenagers, a boy and a girl.  All four were buried in their phones, seemingly oblivious to other family members right next to them.

As I waited for my flight home to Edmonton, I did a quick survey and counted the number of people waiting at my gate for the flight who were on a phone, tablet or laptop and the number of people who were doing anything else. This could include watching one of the airport televisions, reading a book or magazine, or amazingly, actually talking to the person they were traveling with.

The number of people on their screens won handily.

I shouldn’t be surprised. A recent study in the US stated that teenagers now spend seven hours a day on screens and none of that includes doing homework. Seven hours a day! That number was up by 42 minutes since the last study was done in 2015. I wouldn’t think the numbers for Canada would be much different.

Another study showed the average person looks at their phone 80 times a day. For young people, that number can be twice as high. Imagine if we paid as much attention to each other as we did to our phones?

Booking a Meeting to Chat

We’re now less than a month from entering the third decade of the century and I wonder where we will be in ten or 20 years from now?  First though, think about where we were in 1999 as we approached what was supposed to be a global computer meltdown when we hit the year 2000. We had phones, but didn’t use them for much other than to call people, or send emails.  There was the Blackberry Pearl and the Motorola Razr. The first iPhone wasn’t released until 2007.

The trend towards looking at a phone is a fairly recent one and a lot has changed in 20 years. You can argue the cell phone has brought the biggest change to communication in our lifetimes.

As a greater percentage of the population owns a phone every year and more content continues to be produced for mobile, I expect the trend to continue and like everything with the internet and technology, I also expect it to pick up speed.

Ironically the move towards the use of phones has actually reduced people using a phone. What I mean by that is, 30 years ago if you wanted to contact somebody you either spoke to them in person or called them. Now you have other options; the two biggest being email and text. As a result, we’re communicating a lot more than we used to, but we’re actually speaking less when we do communicate.

This has even changed the way we communicate with others in business. I’ve noticed a trend towards people booking meetings just to talk on the phone. People have contacted me by email asking when it would be convenient for me to talk to them and they’ve sent a calendar invite to schedule a “meeting.” I’ve had cases where we only talked for a few minutes. Did we need to book a meeting for that?

We Need to Talk

Don’t get me wrong. I love technology and love my phone. I spend more time on it than I probably should. But I also try to remember there’s an important aspect to business communications and that involves talking to people.

When I do workshops on communication, I suggest people look for ways they can reach out to others to speak either face to face or over the phone. I tell them to stop emailing co-workers who work down the hall and start talking to them. I also suggest people call others as often as possible instead of emailing them. I know it doesn’t work in all cases, but you would be surprised how often it will and provides a deeper connection with the other person.

Steve Jobs used to like to have bathrooms at the Apple headquarters spread out as far as possible to encourage people to talk to one another as they made their way to use the facilities. I’m sure office design experts called this inefficient, but Jobs wanted people to see one another, talk to each other and find ways to collaborate.

Today we talk about collaboration as if it’s a big thing when it occasionally happens.  We need to force people to collaborate because we often work in silos and spend huge amounts of time without actually speaking to clients or co-workers.

We not going to solve all those problems by talking to people more, but it would be a start.

Two Weeks Away From the Countdown

On December 18, I'll unveil my Top 10 Blogs of the Year, as voted on by you the reader. Well, you didn't actually vote.  The results are based on the number of people who read each blog, but hey, it's still exciting to have a year end countdown. 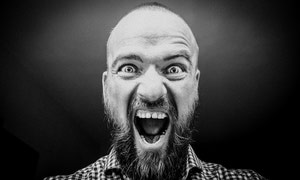 Difficult discussions in the workplace are the worst. They're stressful and awkward, but if you follow this process, they'll be easier to handle. 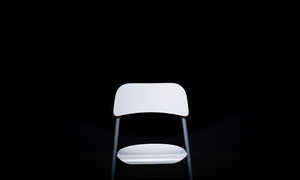 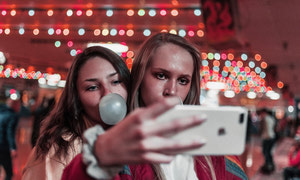 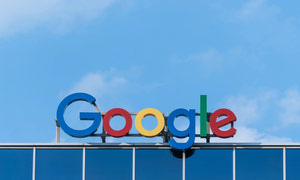 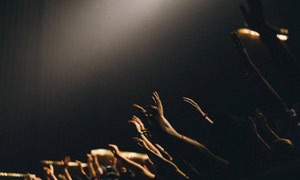