It really amazes me that despite widespread use of online platforms like Zoom, Microsoft Teams and Google Meet for over a year and a half, so many people still aren't using them properly. It becomes even worse when I see how bad some people look in media interviews.

In some ways, we're going backwards as more and more organizations use fake backgrounds, despite how terrible the technology makes their people look online.

I've also learned that tablets, not laptops or desktops, are the best to use for media interviews and here's why.

Think back to the early days of the pandemic. It was March 2020.

Somebody says the following to you. “I believe that when summer turns to fall in 2021, we’ll be in the middle of the fourth wave of the pandemic in Canada.  In Alberta, there will be so many COVID patients filling hospitals and intensive care units that most elective surgeries will be cancelled. So many people will be dying in hospital that some hospital morgues will be filled to capacity. The only reason ICUs won’t be overflowing is because so many people will be dying there. In the meantime, vaccines will have been available for months, but about a quarter of the population will refuse to get vaccinated because they’ll say, they’re still doing their research.”

Now try this one on for size. Another person makes this prediction at the same time. “Even though we will see millions of people across the country use online platforms like Zoom and others to meet with business colleagues, chat with friends and be interviewed by the media, people still won’t understand how to use these platforms effectively in late 2021. We’ll continue to see people on television who'll be interviewed in messy rooms, their cameras won’t be at the right angle, they won’t have the right lighting, they won’t be looking into the camera and many will even use fake backgrounds that make them look terrible. All that after over a year and a half of using these platforms.”

That would be bang on too.

Look, I’m not trying to compare COVID with its terrible illnesses and deaths with people not being able to use Zoom correctly. COVID is a very serious matter, especially these days in Alberta.

I am amazed through at how virtual meetings and media interviews are still a foreign concept for so many people more than a year and a half since the pandemic started.

There's is help available though. My friend Lauren Sergy's new book Unmute! is a great resource for people wanting to raise their online meeting and videoconferencing game.

My former media colleague John Hanson sent me the photo below from a CNN interview done with an expert. He found it on the Twitter feed of Silvia Killingsworth of New York. I laughed when I saw it because it had to include the messiest background I’ve seen in media interviews since….well….forever. 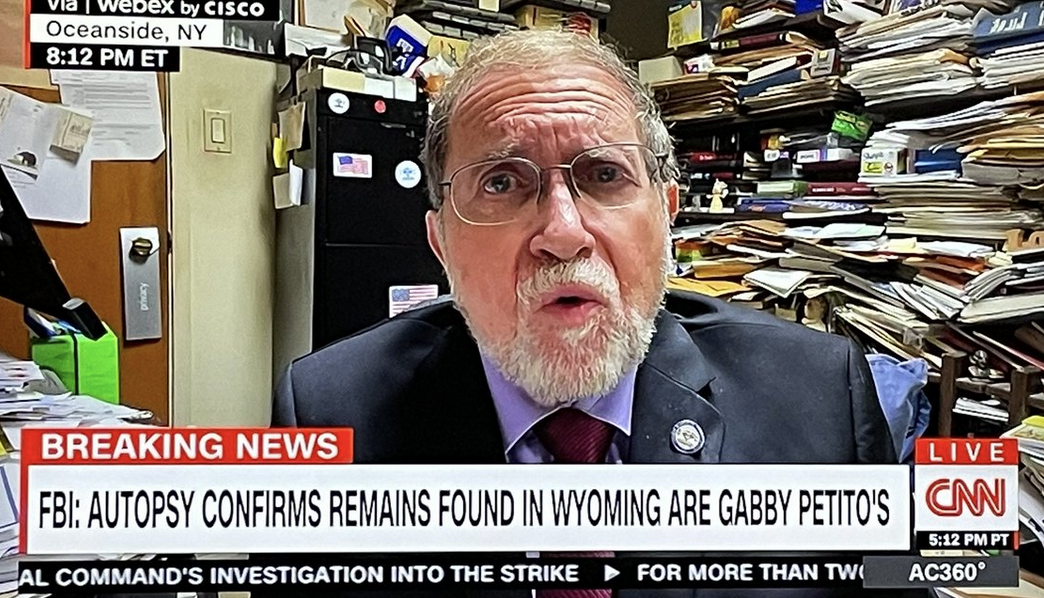 I’ve said for months, people doing media interviews from their offices or homes don’t need to spend a ton of money on fancy backgrounds. Just use a blank wall, put a plant and a dim lamp behind you and you’re good to go. Oh, and make sure your face is well lit, so put a lamp on the other side of the desk.


Fake Backgrounds Are So Fake

I wrote a blog post last year explaining why I don’t like virtual or fake backgrounds. Obviously far too many people didn’t read that blog, or have chosen to ignore it.

That’s ok. You do you, even if fake backgrounds make you look like a ghost. Due to the way the technology works in online platforms, using fake backgrounds results in the person’s face being washed out, giving a ghostlike appearance.

The problem these days is, professional sports teams are using virtual backgrounds more and more. It’s an easy way to get the team’s logo and some sponsor logos in the background behind the player or coach doing a news conference.

A couple of weeks ago I saw Toronto Argonauts coach Ryan Dinwiddie doing a media availability and the Argos were using a virtual background. I thought it made Dinwiddie look horrible. 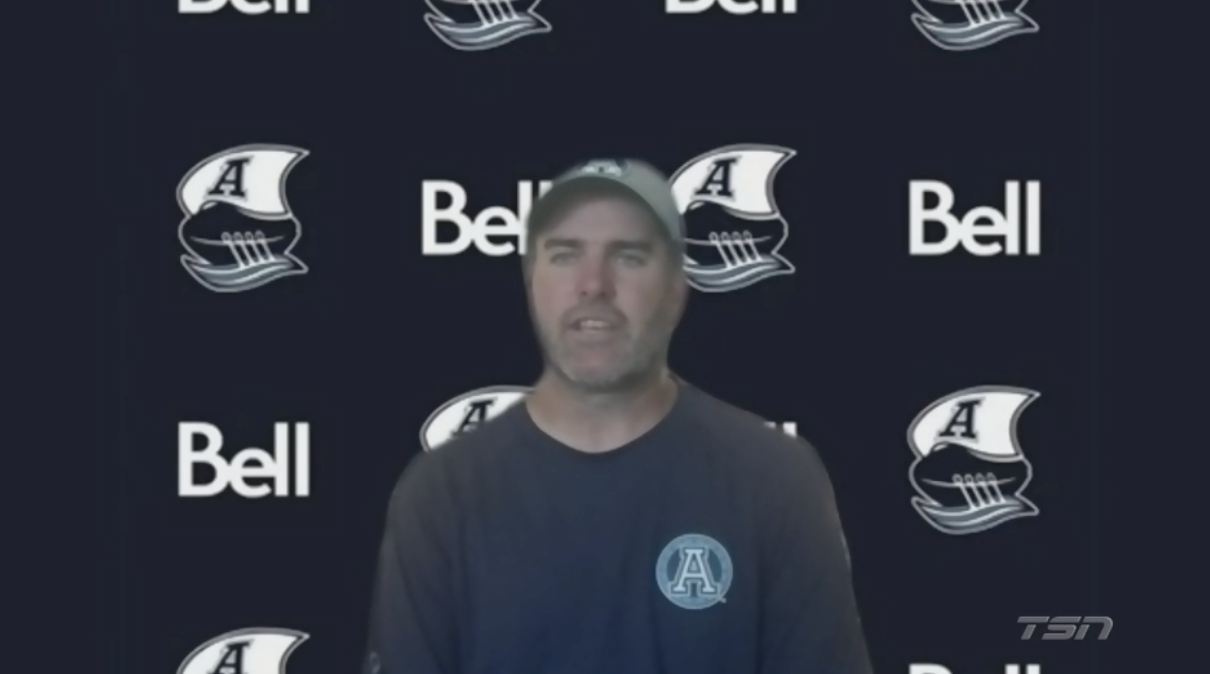 Several teams are using the virtual backgrounds these days. It’s easy, but it makes the person being interviewed look like Casper the Friendly Ghost. Do better.

Just over a week ago, I did a one-on-one media training session with the incoming President of a large Canadian association and she was using a tablet to take the training and do practice interviews. The quality of the video was outstanding. She was using some earbuds that also served as a microphone and the sound was good too.

If you have a tablet, consider using it for media interviews because the quality of the video seems to be better than anything you’ll get on a laptop or desktop. The challenge with a tablet is finding where the camera is, so you can look directly into it. My tip is, once you locate the camera on your tablet, draw an arrow on a stickie and put it next to the camera. That will remind you to look at the right spot on the tablet. If you’re looking elsewhere you’ll have a difficult time connecting with the audience.

Drop the fake backgrounds, use a tablet in a well-lit room and you’ll look terrific. It’s not that difficult to look good on TV interviews.

Part of my media training course now zooms in on ways to look great when doing media interviews on video (see what I did there?).  Virtual training remains the most popular option.

Grant, I’m surprised you didn’t also mention how strange the Zoom at al meetings have become when multiple users are using the same artificial background at the same time from different locations. Ken

In all honesty Ken, I haven't noticed that, but yes that's bad. It's like the old days when people got embarrassed by somebody else wearing the same outfit at a wedding. 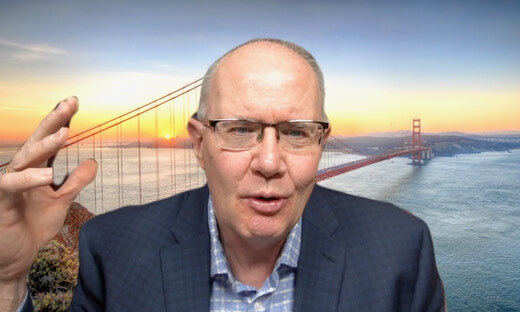 If you use a virtual background on Zoom, or a similar platform, you should know that background makes you look worse instead of better. 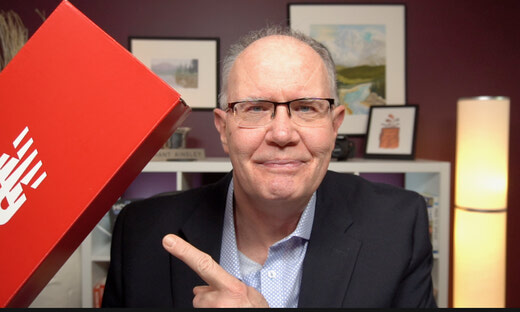 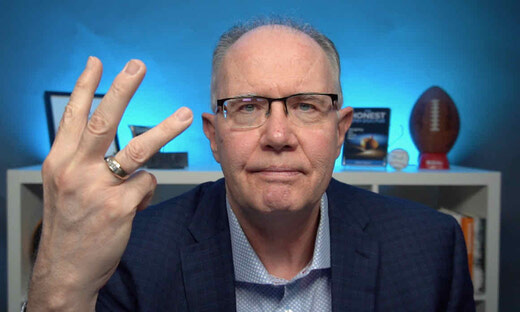 As we enter our second year of video interviews and meetings, I'm finding more best practices that people need to consider to look great on video.