The recent debate over what a reporter is seemed to be resolved by assuming somebody who writes for the government can't be one. I'm not sure though that we still really know what a reporter or journalist is, if we feel they need to provide balanced coverage and be unbiased.

This all came about because writers for the Canadian Energy Centre (Jason Kenney's War Room) were calling themselves reporters when they called people for interviews. The Canadian Association of Journalists cried foul and said writers working for the government couldn't be considered reporters because they're not independent.

I have no problem with that, but literally every day we're seeing cases where reporters and journalists are far from being independent, neutral or unbiased.

Many years ago, I was a regular at Media Night. It happened on the first Friday of every new dinner theatre show at Stage West, which was in the Mayfield Inn in Edmonton’s west end.

Select members of the media were invited to attend the show, bring their spouses or a guest, enjoy the show and have dinner and drinks, all on the house. Of course, almost everyone who was wined and dined had to do a follow-up interview with cast members, or do a review of the show for their media outlet.

I used to interview the star of the show, usually a former TV star who couldn’t get any other work, on a radio talk show I did. I’m no expert on live theatre, but know what I like. However, I was always reluctant to give a show or acting performance a poor review. After all, Stage West had bought my wife and I a nice dinner, treated us to a show and I knew there would be another one in a couple of months. In the interest of full disclosure, the person who did public relations for Stage West was a friend of mine and her husband was best man at my wedding. It was pretty tough not to be biased.

I wasn’t alone. It was extremely rare to hear any other member of the media say anything overly negative about a show either. They had the same conflict, but maybe didn’t feel the same as I did.

I considered myself a journalist, but always felt that I wasn’t free to really say what I wanted. I knew I wasn’t exactly unbiased, but hey, it’s only dinner theatre so it’s ok isn’t it? I mean, we’re not talking about something important or serious like politics, right?

Are We Really Getting the Straight Goods?

Fast forward three decades and we see the same things happening in the media.

It’s clear that Postmedia newspapers are taking a right-wing editorial stance. Its CEO came right out and said it last year. That must influence the political coverage on Canada’s major newspapers. During last fall’s federal election campaign, people constantly pointed out what they felt were attempts by CBC television to favour the Liberals.

So called serious reporters and journalists are doing reviews on everything from holiday destinations to golf courses. Is the travel writer who raves about a travel destination, resort or cruise truly unbiased or independent?  Of course not.  Most of their costs to travel to some wonderful destinations are covered. I don’t blame the writers. It’s hard not to be biased.

Take the case of golf reporters who review various golf courses. The review comes after getting a chance or two to play a certain course and being treated to a nice dinner after.  If it was at a golf resort, they’re usually given an upgraded room to stay in. It’s pretty tough for them not to be biased. I’m not blaming anyone, but that’s just the way it is.

We’re seeing more and more cases of the owners of sports teams also owning the broadcast facilities that cover them. In the case of the Toronto Blue Jays, Rogers owns both the team and Sportsnet.  The sports reporters who cover the Jays know part of their job is to be promoters, informing their audience of everything from how great a certain Jays player is, to where and when fans can buy tickets for the next game, which by the way is one “they don’t want to miss.”

Over the holidays, I read the book Power Play about what happened in front of, and behind the scenes as the City of Edmonton and the Edmonton Oilers reached an agreement to build and operate the downtown area a few years ago.  The book brought up numerous references to how sports reporters and other journalists were little more than boosters shilling for the team.

More Grey Than Black and White

These days, trying to decide who’s really a journalist is even less black and white than ever. In fact, there are 50 shades of grey and maybe more.

People who write blogs, do podcasts and record videos often talk about different online products or services. They’re even kind enough to include links from their content to the product or service they’re reviewing. Most people don’t know it, but the reason they’re doing it is so buyers can be tracked, and they get a cut of profits for each person who signs up. That’s hardly unbiased.

Media celebrities in radio and TV are given cars to drive for free and do commercials for the dealership. They always rave about what a great vehicle they’re driving, but I wonder what they really think and what they would say if they could. Then there are talk show hosts and sports announcers who tell their audience how much better they’re sleeping because they’re now using a certain pillow. Seconds later they go back to talking about Trudeau, Kenney and Connor McDavid.

Don’t get me wrong – I’m one of the last people who think the people writing stories for Alberta’s War Room should be called reporters. But I also think it’s pretty rich for the leaders of journalism groups to scream blood murder about it.

If you want to get my blog every week, just click here and sign up for free.  You'll also get a special gift - my e-book Bulletproof Your Brand on media relations.

Good commentary.
When I got free concert tickets (Led Zep in Montreal) and my business card got me first class treatment I was still a journalist. Free records and T-shirts sure! Still a journalist? Always.

What about the fact that the liberal government is literally paying off news organizations with funding. That's the most aggregious affront to independent news there could possibly be.

That's a great point. Thank you for making it. I should have.

Telling it like it is. Good article Grant.
BP 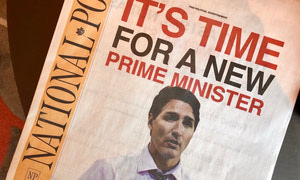 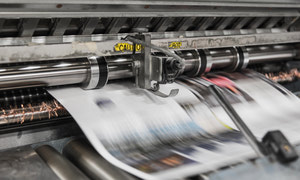 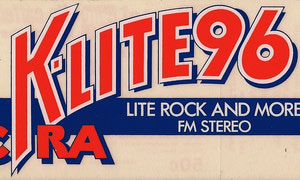 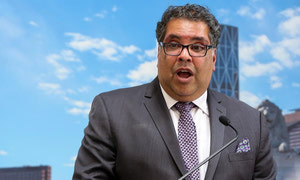 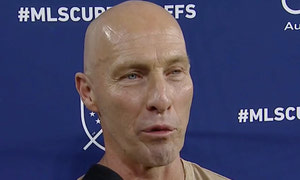