McDavid and the Media's Big Miss

There seemed to be two reactions from people over the weekend after watching Whatever it Takes, the documentary on Connor McDavid's knee injury and recovery. Some were saying "I had no idea he was so badly injured", while others were talking about "What an amazing comeback and what dedication he had to return to the ice."

I had a much different reaction. I kept thinking to myself "Why wasn't any of this reported in the media?"

The greatest hockey player in the world rips his knee to shreds and we have to wait until a documentary is released nine months later to find out what really happened?

When you look at how this happened, you need to start at the beginning. About a week after the April 6 injury, there are reports dropped to the media that McDavid had a partial tear of his knee (not true) and the Edmonton Oilers sent a carefully worded Tweet about the star centre’s rehab.

From that moment on, the Oilers locked things down and said very little about the injury. The team’s CEO Bob Nicholson said this was done to give McDavid some room and allow him to recover from the injury without being bothered by the media. That’s understandable, but I hope the media and Oiler fans remember how the team turned out to be, shall we say “less than forthcoming” about such a significant event to their  franchise player.

In fact, when Nicholson interviewed Ken Holland before he was given the job as the Oilers General Manager, he didn’t give Holland the facts about the injury. Isn’t that a little like interviewing your next CEO and not telling him the company is flirting with bankruptcy?

At the time, the Oilers were in the middle of selling season ticket packages, luxury suites and sponsorships for the 2019-20 season. The team was facing two major obstacles, in addition to coming off another losing season. The economy in Edmonton was arguably the worst it had been since the early to mid 1990’s and the first of three-year commitments clients had to make for luxury boxes and loge tables were up for renewal. It was a tough sell that would have been much more difficult if clients knew they wouldn't see McDavid all season, if he required surgery. It would have been extremely difficult for almost any company to write a cheque for well over a half a million dollars to get a box for another three years if there was no McDavid and likely more losing hockey for another year.

It’s interesting when you look back on how the summer unfolded. McDavid had to attend a sponsor’s event in Toronto in early June. It was reported at the time that he was wearing a large brace under his pants and said his rehab was coming along well. In August, he wasn’t able to take to the ice at the BioSteel hockey tournament because he said he didn’t want it to affect his rebab. When he showed up for Oilers training camp in September there was no guarantee he would be ready to start the season.

The alarm bells were ringing loudly from June to September, but yet nobody in the media reported anything suggesting the injury was worse than what had been revealed.

When it comes to sports, you have different types of reporters. You have the Oilers beat reporters for local newspapers, and for TSN and Sportsnet. There are also a few other reporters from various media outlets that cover the team, but not necessarily on a full-time basis. The beat reporters however are with and around the Oilers on almost a daily basis from September until April.

Despite that, nothing was reported about the severity of the injury. Nothing.

Then you have the national guys working for TSN and Sportsnet/CBC. Many of them are billed as the “Hockey Insiders”. The sports networks have run promos for years telling as about how these guys “Work the phones relentlessly to give hockey fans the latest news from around the NHL.” These are the best of the best in hockey journalism we’re told. People who are paid handsomely to cover the NHL and reveal the latest news for their audience.

Once again, nothing was reported about the extent of McDavid’s knee injury until a corporately-sponsored documentary was released last week, over 50 games into the NHL season. How is this possible?

I understand the Oilers wanted to keep “a lid on things”, but these hockey reporters don’t work for the Oilers, nor the NHL. They work for media outlets that are supposed to be independent of the team and the league.

I can’t imagine this happening if the same injury struck Tom Brady or LeBron James. Can you imagine the uproar in the US if details on the injury weren’t revealed until halfway through the following season?  Surprise!!!

I understand that, in the end, everything worked out. McDavid played the first game of the season and hasn’t looked back. In fact, he’s better now than ever. Like many other Edmontonians, I feel lucky I get to see him play every game.

But what if?  What if in late June, McDavid and his medical team decided surgery was the only option and he would miss the entire season? How would an Edmonton company feel about writing a huge cheque for a luxury suite, or how would a fan feel about renewing his two seats in the loge level for around $25K for this season alone, all because they didn’t know the extent of the injury?

I’ll ask the simple question again, how in the hell did the best hockey player on the planet rip up his knee so badly that there was concern for months he would need reconstructive surgery, and nobody from the media uncovered the story?

Well stated, Grant. Have you received an answer from the media to your question?
Bruce C.

I did have a couple of email conversations with reporters who used to cover the Oilers and spent countless hours around the team. They said things have changed in terms of reporters having access to players. Everything is now tightly controlled.

My comments were more about the national guys on TSN and Sportsnet. These are the guys now being called "Insiders" for the NHL trade deadline. The promos talk about their great sources and how they'll get the word first on trades. Well, these same guys didn't get the McDavid injury story, even though there were warning signs and the recovery started nine months before the documentary aired..

I believe that reporters gain access to players and information by playing by the "rules." I wouldn't be surprised if they were even threatened in this case since all the things you pointed out were at stake if the fans lost more confidence in the team. Let's face it, when it comes to pro sports and pro athletes (especially the high performing ones/heroes) bad news is buried to protect players and profits. And I don't think the fans even want to know the truth. I'm not sure if you watched the Aaron Hernandez doc, but the Patriots knew he was up to no good and even rented him an apartment so that his criminal behaviour was kept out of the public view. It's a big problem because that covering up culture is what has allowed sexual assaults and even coaching abuse from getting reported. Heck, the NFL's Saints are even accused of helping to cover up its local diocese's sexual abuse. Unless there is a legal action, this stuff never sees the light of day.
As for the McDavid documentary itself, I didn't watch it. If I do, it will be for the production value. I like Don Metz's stuff. For me, there's an even bigger hero down the road in Airdrie, who is recovering from paralysis in an accident that took the lives of 13 of his friends. That's the documentary and the story I'm willing to marvel at. 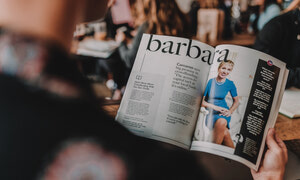 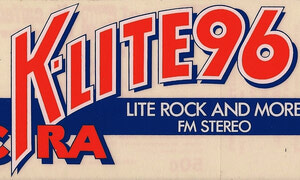 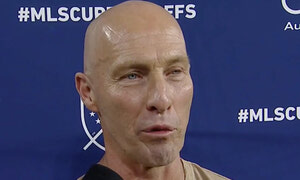 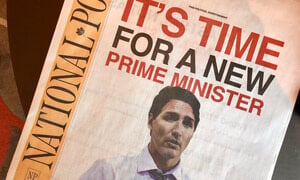