I've been doing a number of media training sessions and communications workshops in Calgary recently and one evening while watching the news on TV, I was reminded how well Calgary Mayor Naheed Nenshi handles the media. That's not exactly breaking news, because he's been good for years.

Seeing him speak got me to think about other political leaders and how they handle questions from reporters at news conferences, or read prepared statements at those events.

Without further ado, here's my report card on the political leaders we see the most in Alberta. Not surprisingly, there are no failing grades.

Don Iveson (A+) and Naheed Nenshi (A)

Let’s start with the Mayors of Alberta’s two biggest cities, Edmonton and Calgary.  You could easily argue both Don Iveson and Naheed Nenshi are the best communicators in the media that either city has ever had.

I give Iveson an A+ because he’s so good. He’s always smooth and consistent when doing media interviews. He has the ability to think about the big picture and get into the details too.  He’s quick on his feet, rarely gets flustered and has good eye contact with reporters when doing media scrums.

When he speaks to an audience he’s solid too, as he’s able to take the words off the page of a speech and not make it sound as if he’s reading. I’ve also seen him reading proclamations from his office and I like the way he makes them sound more important than they are. Hamming it up adds a nice touch that everyone really likes.

I don’t see Naheed Nenshi in the media as much as Iveson because I’m from Edmonton, but everything I’ve seen from Nehshi I like. He has the ability to get his opinions across to the media with a “common man” feel and uses phrases that can resonate with most people. I give him a solid A and only score him slightly lower than Iveson because he can sometimes come across as condescending or adversarial. It’s a minor point though. He’s terrific, especially when the chips are down as we’ve seen a few times.

If there would be an award for Most Improved, Rachel Notley would get it.

She’s gotten much better doing news conferences and answering questions from the media. I thought she was especially effective when Alberta was battling BC earlier this year on the pipeline issue. I think her determination on the issue, coupled with the way she handled media interviews made her look like an excellent leader.

My criticism of Notley is similar to one I have for all Alberta cabinet ministers – they read prepared statements too often.  It would appear a decision was made early in the NDP term in office to have ministers, stick to prepared speeches as much as possible. In many cases, the news media doesn’t have much to take from these prepared remarks and as a result, we often see news clips of cabinet ministers reading from scripts written by bureaucrats, instead of answering questions from the media.

While I understand there are times that’s necessary, I would prefer to see less reading and more responses and story telling.  The surprising thing to me about this approach is that Notley is really good answering questions from the media. She makes her point, stays on message and does it with confidence. I would like to see the reins loosened and I think Notley would do even better in the media.

I have mixed feelings about Trudeau’s public speaking and encounters with the news media.

I think he’s terrific doing those town hall-type meetings like he did a few months ago. He’s great at answering questions from audiences and works the crowd well. That’s the positive side.

His media work however, needs some work. He’s ok at reading from a script, although not near as good as Stephen Harper was when he was PM. Trudeau still sounds a little stiff when reading from a prepared script and tends to emphasize certain words and phrases too much.

Where Trudeau really loses marks is when he ad libs to the media. I think most people are well aware of Trudeau’s “umms” and “ahhs” when he speaks off the cuff. Typically people will fill blank spaces with an umm or an ahh when they’re not sure what they’re going to say next. I always tell people I’m doing media training for, or when I’m doing a communications workshop, if you know what you’re going to say before you say it, you’ll say it better. I’m not sure if this is Trudeau’s problem, or it it’s just a habit, but he uses far too many “umms” and “ahhs” when he answers questions from the media. He’s getting better, but this is a major flaw in his responses to questions from the media.

All four leaders have done well in their media work over the years. That’s a big reason why they’ve been successful.

As always, your comments are appreciated. What do you think? How would you mark their report cards?

What about the other side of the coin? Doug Ford, Jason Kenney? They are trying to imitate Trump, as if yelling and bad grammar makes the statements more true. Propaganda like in the 30s under the Nazi regime.

Accurate. Justin ummms and ahhs because he truly does not know what he' going to say next in an ad lib situation. He needs more disciplined prep. Practice.
Rachel has impressed me. We forget she is a lawyer and daughter of a great politician. She's trained. She is confident and tough.
You should analyze Jason Kenny. LOL. Cliche nightmare. 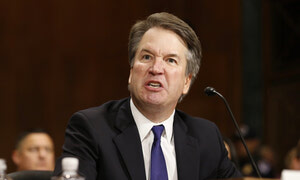 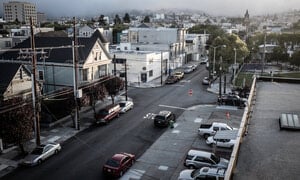 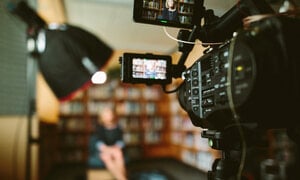 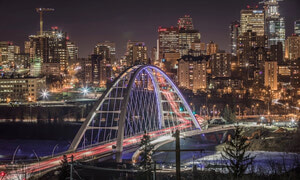