When Radio Wasn't Such a Rat Race

I spent 15 years in radio news, but left the business close to 30 years ago. The recent Bell Media radio layoffs and station closures always make me think about the way radio used to be when I was in it.

When I hear about media cuts and layoffs today, I have two feelings. I feel sorry for the people who lost their jobs and I also feel lucky I got out before things started going downhill.

Here's the story, rarely told, of how news and public affairs programming on FM radio in Canada rose in prominence in the 1980's and then crashed and burned.

A Licence to Print Money

In the 1970’s, FM radio was in its infancy in Canada, although it had already established some deep roots in the US.

AM stations in Canada wanted in on the FM game because, in those days, operating a radio station was a licence to print money. In the 70’s, AM stations typically were either talk, pop, country and adult contemporary/easy listening.

Not only did FM offer much better sound quality, but it generally attracted a younger audience. The AM talk station that programmed to 35-54 year olds could target 18-34 year olds by playing rock on FM. That way, the same radio salespeople would have far more to offer most clients. If they wanted to sell beer to young men, then they could sell the FM station. If a client wanted to sell custom homes, then the AM station had the audience for that.

Problem was, FM licences weren’t easy to get. The CRTC (Canadian Radio, Television and Telecommunications Commission) henceforth known as “the government” only handed out one or two FM licences every other year in most large markets in Canada.

AM radio stations had to serve notice they wanted a licence and then had to put together a business plan to share with the government when application hearings were held. It was called a Promise of Performance and among other things, specified the type of music they planned to play and how much news and public affairs they planned to air each week.

This was tricky, because normally several AM stations would apply for licences, so they needed to “bid up” their talk component, which was generally called “spoken word.” If a station’s business plan called for too little talk, they generally lost to a station that had a better proposal. This took place on an almost annual basis through the late 70’s and early to mid-80’s.

The problem often was, when a station got awarded a licence and started figuring out its programming, managers would look at their big spoken word commitment and wonder how they would do it. “We’re a rock station.  How many 25 year olds want to listen to Prime Minister Mulroney talk about the latest constitutional mess?” was the cry.

It was a promise of performance though, and as a result, stations needed to comply. Several worked hard to try to bury as much talk (and Canadian musical content) on the weekends when fewer people were listening and advertisers paid less. If that didn’t work, then some of the talk went into mid-days or evenings, so morning and afternoon drive could see as much music as possible played. Those times brought the biggest advertising rates.

Due to the government’s role though, FM stations had real newsrooms, staffed with people who covered news just like the AM stations did in the 80’s. If a station wanted to hold onto its licence, it needed to meet the terms of its promise of performance and that meant lots of news, which in turn meant lots of work for radio journalists and lots of choice for listeners.

If a 35-year-old young professional liked the music on a particular station, he or she also got the latest local news and community events, just like AM stations had been doing for years. Radio stations were making big money despite large payrolls.

As the 80’s went along though, FM radio stations would go back to the government to get their licences renewed and they would ask for, and normally get, their spoken word commitments reduced. They talked about increased competition from cable companies. Little did they know what was just around the corner.

That led to less news and public affairs, which led to smaller newsrooms with fewer journalists. By the mid-90’s, FM newsrooms looked nothing like they had ten years earlier and could no longer compete with AM newsrooms.

I know about this because I lived it. I was News and Public Affairs Director at 96 K-Lite Radio in Edmonton in the 80’s and until late 1992. I left the business when I could see the writing on the wall.

We had a great newsroom and competed tooth and nail against the best AM newsrooms in the province. Some of the people I worked with are still in the business and are doing great things, while others moved into other areas of business and have been very successful in life. Many years ago, we had a reunion and I was amazed at all the talent we had, as I looked around the room.

We had eight people in our newsroom and our AM sister station, CFCW had nine. That was 17 people in the two newsrooms! Many of them did work for both outlets. The last I heard, there was no news on the FM station and three people working in the newsroom at CFCW. 17 down to three.

I’m sure the people there do their best with what they have, but when you only have three people to do all the on-air work, it unfortunately becomes rip and read journalism.

I really think I worked in the golden era for radio news in the 80’s. It’s always easy to think of some other time being the best, but in the 80’s there was some tremendous radio journalism being done by committed and talented people.

Listeners got a ton of choice and they could find radio stations that offered the music they liked and also got the latest local news and information.

With changes in technology, the impact of the media and the spread of social media, it’s clear what worked in the 80’s wouldn’t work today.

When I think about those days, it was the government that made it happen. If there were no promises of performance and if the government didn’t hold some feet to the fire, news and public affairs programming on radio wouldn’t have existed at the level it did for many years. Nor would the jobs.

I was proud to be part of it, but would also want no part of the business it’s turned into today.

Grant, as a co-worker of yours at CKRA-FM (K-Lite), but in another department, I always admired the amount of work you and the news team put in on a daily basis, including a one-hour daily public and community affairs show. The big corporations are going the wrong direction by eliminating local newsrooms. It does not have to be elaborate, but a local news presence is something the audience would appreciate, otherwise your FM station might as well be just another music streaming service.

Thank you for your kind words. Yes, it was a lot of work but we all were younger then and hungry. I'm pretty sure I wouldn't be working as hard today. (g)

I agree with the state of FM radio today. What once seemed like an easy way to make big money has changed drastically because of the competition from streaming services, the internet and music on phones and iPods. The only difference is "how you do local" and these days it's not being done very well. 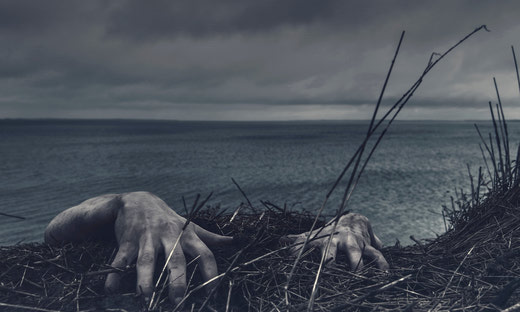