The Ryan Jespersen Gamble Pays Off

I was in the media for 15 years and quickly learned it's not the world most people think it is. Talent was constantly "let go" because management wanted somebody else in their place.

Ryan Jespersen's story was similar, but different. He lost his job as an Edmonton talk show host, despite delivering consistently high ratings.

A year later, Jespersen has created his own show and has written a very rare story in Canadian media.

It's a Cut Throat Business

You’ve seen it happen. Many times. You like listening to a certain radio morning man. All of a sudden, he’s gone. The radio station tells you some new hotshot is on the air in his place and you’ll love him, but you don’t.

Maybe you’ve enjoyed watching a TV anchor, but one day she’s gone and the TV station doesn’t tell you where she went to, or why she left. She’s just gone.

Just before a new season, the hockey team unveils its announcing lineup and your favourite analyst is missing. Where he’s gone to and why he’s no longer there are never explained.

Local radio and TV stations do this all the time with their talent. I know because I was in radio for 15 years and I saw lots of talented people come and go. In most cases, a media outlet has no real good explanation of why it made a change. Some guy in a suit may have thought somebody on air needed to be replaced and perhaps pointed at the latest ratings as proof. Nobody knows if the new guy will do better. It’s not an exact science.

Although we look up to many radio and TV personalities, the reality for decades has been that local media is a cut throat business. Far too often people in the business work hard, deliver results, make money for owners and shareholders and then one day are told the station “has decided to go in a new direction” and they’re out of a job, with a minimal severance package.

It has happened to some of the biggest names we listen to on the radio and watch on TV across Alberta.

Word sifted out that he wasn’t coming back. Of course, CHED was tight lipped until a couple of days later Jespersen confirmed it on Twitter and surprised many people by saying he had been fired.

Rumours started making the rounds on social media and they all turned out to be true.

Last Tuesday morning, just hours after the results of the municipal election had come in, Jespersen talked about what happened on Real Talk, his web-based podcast. He had discussed this before, but after Edmonton mayoral candidate Mike Nickel got swamped in Monday’s election, Jespersen was riding high and told the full story.

Take a listen to his clip from his show. It was the best five minutes of local programming in a long time.

It’s an incredible story. Jespersen gets fired, but a year later, he’s on top and the people he says are responsible for getting him canned are looking for something else to do.

However, I don’t want to dwell on that, because getting to where Jespersen is today was an incredible accomplishment and I don’t think that story has been adequately told.

For years, when talented radio and TV people lost their jobs, they were forced to go to work for somebody else and hope the same thing didn’t happen again. Too often it did. This wouldn’t work for Jespersen though, because other than Corus stations, there aren’t many talk shows in Alberta.

What Jespersen did was totally different. He went to work for himself, took a huge gamble and put together his own internet show. He worked through all the technology, found office space, hired staff, lined up sponsors, did his own promotions and likely did dozens of other small things to get his show up and running.

Real Talk was an immediate success and still is.

A decade ago, Jespersen couldn’t have done what he did. The technology wasn’t there. Now it is and he went to work and built something that wasn’t easy. Only a handful of people in the country could have pulled this off.

When you lose your job and are in the public eye, it’s embarrassing. People ask you what happened? What went wrong? You ask yourself if you could have done things differently and all that uncertainty is really hard on your family.

Jespersen finds himself in a very different place from when he was at CHED. He decides who he’s going to interview and how he’s going to do it. He’s only responsible to himself and the people watching and listening to him.

The old phrase “Everything happens for a reason” is so true. It does. It doesn’t make sense why it does. It just does.

Video and image used with approval of Real Talk

good riddamce to a scbag that gives a racist, hate group any kind of platform.

Grant, thanks for your perspective regarding Ryan Jespersen. I am pleased to know that he has resurfaced with a successful podcast. Having said that, I hope you will agree that RJ, from a management viewpoint, is a ‘loose cannon’. I think he is one of those individuals who is non-manageable and therefore needs to be doing what he does best on his own. I use the following as an example. A fellow female Rotarian was running for a city council seat a few elections ago, RJ asked for candidates to phone in. She felt he was disappointed that a woman called in. He asked “Why does it matter if women are on Council?” Following the response they would bring a different perspective, RJ commented, “You can take your periods and go elsewhere” then hung up on her. Don’t you think this behaviour should have been sufficient to cause management to fire him? It would be in my books. With reference to Mike Nickel, I have known and done business with the Nickel family for 30+ years. Mike is an honest guy who is misunderstood by some (maybe the majority of voters) which is unfortunate. His aggressive nature unfortunately is part of his DNA. I know he has worked on toning it down. I thought he ran an effective campaign with the theme of ‘working for the people’. I guess RJ can use his podcast to present his position while leaving his viewers to determine whether or not his comments ‘hold water’. When Mike commented on the Council ‘looking the same’ as previous, he was not commenting.

Never was a fan of Jespersen. If anything, him and the garbage on the FM side of the dial made me turn the radio off permanently. Wokeness and left-wing cheerleading on the AM dial, or the same three songs over and over again on the FM dial.

No thanks. I prefer listening to the drone of my tires on the pavement. At least the ka-chunk from the frost heaves breaks up the monotony.

Ryans journey on Ched radio was interesting from the start, seemingly balanced but the longer he was on air he became another "woke" social warrior, just another left leaning journslist who has 2 different standards- calling out wrong doing( rightfully so) from the right but also ignoring comments from frequent guests from the left- like the one who claimed a slain policeman was " just another corrupt cop".
He had a chance to be balanced but let his ego guide him.
Another fringe journalist who is pissed at the world.
It's too bad because in the beginning of his CHED employment he was refreshing but it just got worse and worse to the point of being a cheerleader for Notley and Trudeau.
Sad.

How do you listen to Ryan?

There is a link to the show in the blog.

On the few occasions that I have had the opportunity to meet Ryan Jesperson I have found him to be engaging and in the community and real. One of the first times I saw Ryan in person was outside a church in Castledowns. He wasn't there for show. He stood in the back to pay his respects. He was there for little Anthony Raine like the rest of us were. Because that's the kind of man he is. The only time I have ever met....wait...I haven't met the others....but they have always tried to be in my pockets. Best thing that could have happened to Ryan Jesperson, likely was to be forced to go it alone. Absolutely the best thing that could have happened to Edmonton was the results of the municipal election. Cheers Ryan! Revenge is a dish best served cold they say. I don't think it is revenge.....but it sure sounds like just desserts.

I try to listen to Real Talk every day. If I miss the live show, I listen to the podcast! I think it’s an awesome show with a variety of great topics, sometimes even topics I think are boring end up being good because of the guests that they get on the show! Keep up the good work guys, it’s an enjoyable show.

Thank you for sharing this with us! Ryan is such a skilled and authentic bridge for our communities.

Hats off to Jespo..he's at the top of his game. Having the creative freedom to "choose your own adventure" has resulted in nothing short of broadcast excellence. Real Talk is an excellent show, the content diverse, and the conversation always engaging. I wish Ryan and the staff at Real Talk all the best in their continued success.

Glad you blogged this Grant!…what took you so long..haha. Such a class act as Jespersen did not deserve to be fired by CHED (station I don’t listen to anymore btw) and Jespersen had every right to gloat about the results of the election. Like Karma..what goes around comes around.

Good question - what took me so long? I don't know but when I heard Ryan's Rant last Tuesday I knew I had to write something.

I'm a huge fan of Ryan's. So glad that Edmontonians made the right choice in the elections and that those self absorbed old fools are out.

I am afraid "stogey old white guys" or "good old boys club" is our issue with most things that cannot move ahead due to being mired in the way it was always done (that is status quo, unfortunately). Happy to hear Ryan's comments. He is a well-spoken and informative personality. |Good post, Grant.
ljp

Ryan is adaptable in conversation Inquisitive when he feels justified in speaking on behalf of real talkers. Often nailing it , he chose a solid group of studio mates, they work well together . Keep it up ! #RealTalkRJ

Jespo was never adaptable ... it's why he was fired from CHED

yes... Jethro is not adaptable 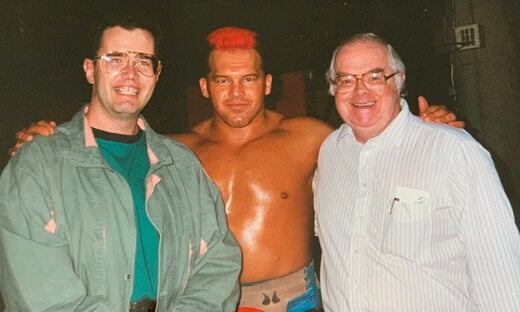 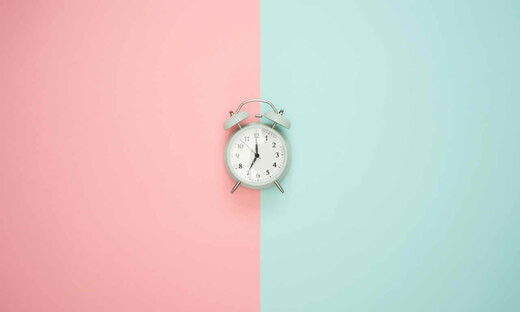 Albertans are going to the polls today, but there's one vote far more important than the others. 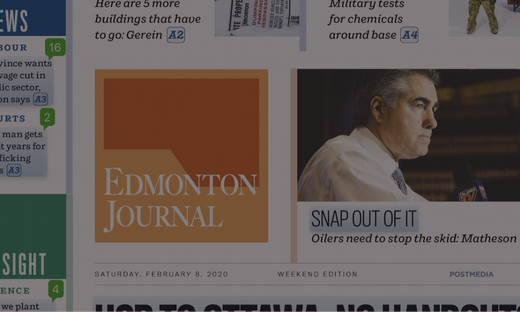