It's What's Best for Business

Last Wednesday morning, as I was scrolling through Twitter, I spotted a tweet that surprised me. Eddie Steele announced he had been fired from the Edmonton Elks radio broadcast team for criticizing General Manager Brock Sunderland.

From time to time, former jocks have been forced from their radio or TV jobs. Sometimes their personal lives cause problems, while on other occasions, management just wants a new voice or face.

However, it's extremely rare for an analyst to get fired because he criticized the management of the team he covers, but the story just shows how tightly media outlets and the teams and leagues they broadcast for are connected.

Not long after I read the tweet from Steele, I texted a friend in the radio business to get his take on the firing. He wasn’t surprised Steele got axed for criticizing the Elks’ General Manager and replied “How many people can slag their boss publicly and not get canned?”

Good point I replied, but the problem is, many sports fans didn't see Sunderland as Steele’s boss. After all, they believed, Steele worked for 630 CHED, a radio station. He was part of the broadcast. He didn't work for the football team. Isn’t he supposed to provide honest opinions on the team, its players, coaches and management?

When a broadcast corporation such as a radio or TV station or network sign a deal to broadcast games for a team or league, they instantly get locked at the hip. They become what these days are called “partners.”

A broadcast outlet wants to get as many people listening and/or watching its games as possible. The better ratings are, the more advertising they can sell and the more they can charge for those commercials.

In some cases, the team actually buys the radio or TV time from the broadcaster and takes full control of the broadcast. It then becomes one big three-hour commercial. Any form of impartiality goes out the window.

That leads to broadcasters being told to build up the home team. Get pumped up about goals and touchdowns. Build excitement. Create fun. Expand the audience.

Critical opinion? Honest commentary? No. Not important. When you’re criticizing a team, coach or player, you’re effectively criticizing your product. That’s the same product you’re trying to sell to advertisers.

You do what’s best for business.


The Team Calls the Shots

Getting back to Eddie Steele. He admits he made a “rookie mistake” by criticizing Sunderland. He’s probably right.

I listened to him on the Ryan Jespersen show the day after he announced he had been canned and he also said he was never given training, nor told not to be critical of team management. He was just told to give his analysis. He also said, although he was fired by 630 CHED, “the hit was ordered by the Elks".

Broadcasters have to walk a really fine line when they offer any form of criticism, especially of the management of a team. It really doesn’t matter if they’re employees of the radio or TV station, or the team itself.  Teams and leagues have an incredible amount of power over who broadcasts their games and what they say. When Sportsnet wanted to bring Ron MacLean back to host NHL games, they had to get the approval from NHL Commissioner Gary Bettman, even though MacLean is paid by Sportsnet.

Many broadcasters are actually employees of the team. They’re not employed by a radio station or TV network. How are they supposed to be critical of somebody from the same “team” they’re on?

It’s not what’s best for business.

There are all kinds of examples on sports TV literally every night. For years Blue Jays broadcaster Buck Martinez has yelled “GET PUT OF HERE BALL” when a Jay blasted one into the seats. When the other team hit a home run it was greeted with little more than a yawn by Buck. You could add several more names to a list of sports announcers who do the same.

It happens with analysts too.  For several years, former NBA player Leo Rautins provided colour commentary for Raptors games on Sportsnet. He very rarely ever said anything overly critical of a Raptors player, coach or the team, but often was critical of the opposition’s players and team.

I think most sports fans would prefer unbiased analysis, but it’s not what’s best for business. That’s why phrases like “He’d like to have that one back” and “It’s not the result they wanted” have become such a regular part of the jargon of sports analysts today. These are polite ways of saying what they really want to say, but can’t.

I have also seen numerous cases where sports announcers and commentators have shown bias and favouritism in their social media posts. They share excitement and talk in positive tones about teams and leagues their network has the broadcast rights for, but are more negative about those they don’t have a “partnership" with.

Look no further than what Chris Johnston tweeted a week ago Sunday after the Blue Jays missed the playoffs. Johnston recently left Sportsnet, which covers the Blue Jays, to work for the Toronto Star and TSN.

My question is, would Johnston have sent that same tweet if he was still working for Sportsnet, the Blue Jay’s rights holder? I doubt it. Why would he diss the management of the Blue Jays? They were on the same “team.” Rogers owns both the Blue Jays and Sportsnet, which is another story in itself.

Eddie Steele’s story has shone a giant light on not just the Edmonton Elks and GM Sunderland, but sports broadcasting across the country. It’s a clear reminder that virtually everyone working on the air for radio and TV stations and networks aren’t giving you their real thoughts on the teams and leagues their corporations have a business relationship with. They can’t.

Remember that the next time you watch a game, or listen to post-game analysis.

It’s all about what’s best for business. 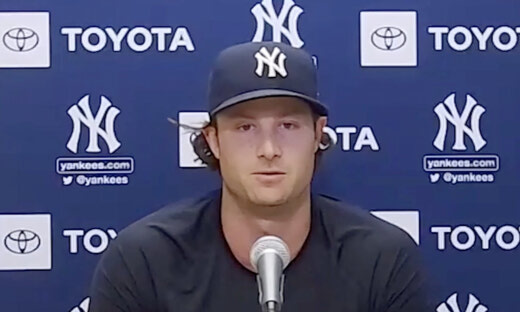 Last week, a New York Yankee pitcher wasn't ready for a simple, but telling question from a reporter. Here's how he should have handled it. 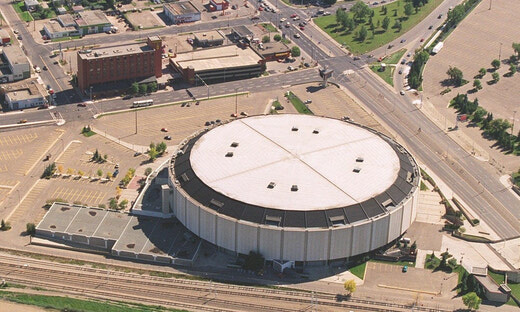